SpaceX to Launch Starship into Space for the First Time, as Orbital Flight Detailed 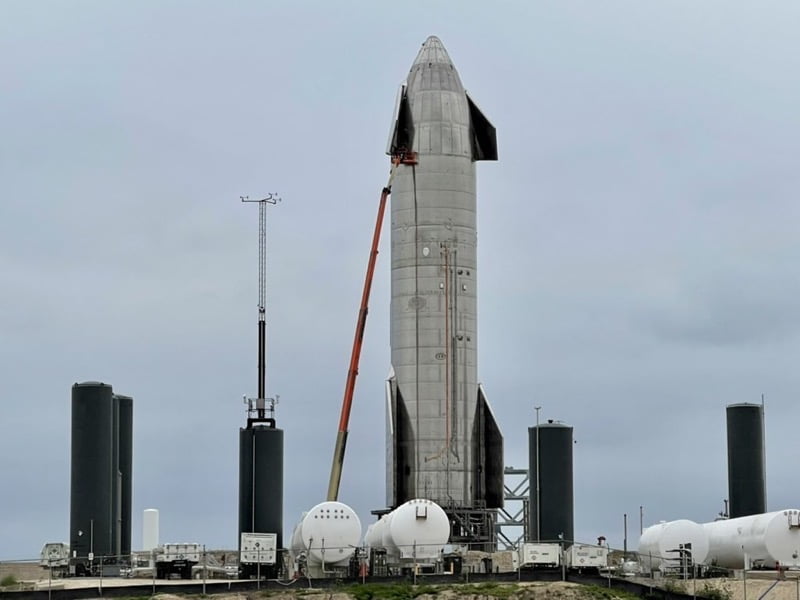 SpaceX has revealed plans to launch its Starship prototype into its first orbital spaceflight, according to a filling with the Federal Communications Commission (FCC), reports CNBC.

The company’s recent Starship SN15 prototype successfully landed during a test flight. The huge rocket ship is about 16-storeys tall, or about 160 feet, and made from stainless steel.

Starship will sit atop SpaceX’s ‘Super Heavy’ booster, which measures roughly 230 feet tall. Combined, both Starship and ‘Super Heavy’ will be close to 400 feet tall, when stacked for launch.

The launch will take place from SpaceX’s facility in Boca Chica, Texas. Super Heavy will launch Starship, then the former will separate and “land in the Gulf of Mexico approximately 20 miles from the shore,” explains SpaceX’s filing.

“The Orbital Starship will continue on flying between the Florida Straits. It will achieve orbit until performing a powered, targeted landing approximately 100km (~62 miles) off the northwest coast of Kauai in a soft ocean landing,” wrote SpaceX.

In other words, Starship will fly around the Earth in space before splashing down in Hawaii. But it won’t be a full loop, as Musk says it will only be three-quarters of the way around Earth:

3/4 of the way around the Earth

Musk also said later, “we need to make sure ship won’t break up on reentry, hence deorbit over Pacific [Ocean]”.

We need to make sure ship won’t break up on reentry, hence deorbit over Pacific

The entire orbital flight would last just over 1 hour and 30 minutes, with SpaceX coordinating its efforts alongside the FCC, U.S. Air Force, NASA and the FAA for the orbital test flight.

As some have noted, the timeline does say booster touchdown instead of splashdown. Unclear if this means that the booster is actually landing on something? Hopefully, @elonmusk can clarify the plans for the booster. Language further up the document was fairly vague. pic.twitter.com/tfICbjTDaZ

It’s unclear of the exact start date of SpaceX’s first orbital flight for Starship, but it’s going to be an incredible achievement for the company, as it continues to accelerate its progress with the rocket, eventually destined for Mars. SpaceX notes the orbital test flight could is expected to happen before March 1, 2022.

SpaceX’s Starship won a NASA contract to send astronauts to the moon, but the choice was later suspended after protests from Jeff Bezos’ Blue Origin and Dynetics, against the decision.

After SpaceX confirmed that everything looked good for the Crew-5 Mission launch this week, the company has officially completed the launch. SpaceX’s Falcon 9 on Wednesday launched from Launch Complex 39A (LC-39A) at NASA’s Kennedy Space Center in Florida, with its Dragon spaceship atop the rocket. This Dragon spacecraft previously flew Crew-3 to the space […]
Peter McGuthrie
11 hours ago