SpaceX Chosen by NASA to Send Astronauts Back to the Moon 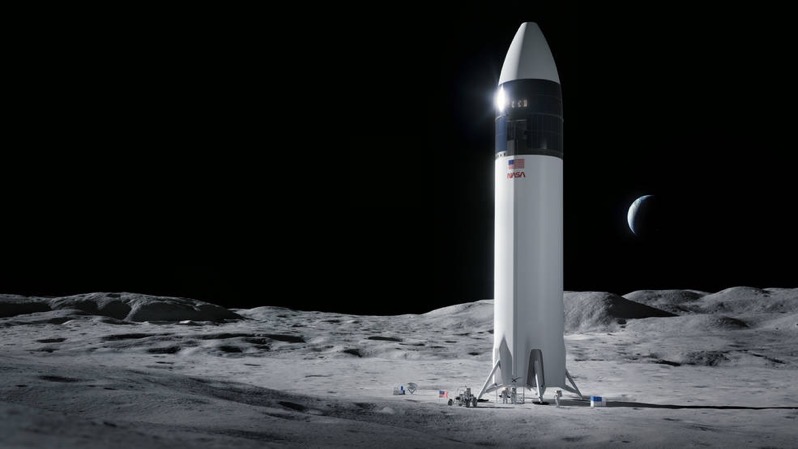 On Friday, NASA announced it had picked SpaceX to send the next two American astronauts to the surface of the moon, in a contract worth $2.89 billion.

This will be the first commercial lander to send humans to the lunar surface. NASA says one of the next two astronauts headed to the moon will be a woman, while the Artemis program also will include landing a person of colour onto the lunar surface as well.

“With this award, NASA and our partners will complete the first crewed demonstration mission to the surface of the Moon in the 21st century as the agency takes a step forward for women’s equality and long-term deep space exploration,” said Kathy Lueders, NASA’s associate administrator for Human Explorations and Operations Mission Directorate, in a statement. “This critical step puts humanity on a path to sustainable lunar exploration and keeps our eyes on missions farther into the solar system, including Mars.”

The Artemis program will see NASA’s Space Launch System rocket send four astronauts aboard the Orion spacecraft for a multi-day lunar orbit. From there, two crew members will then transfer to the SpaceX human landing system (HLS) for the final journey to the moon’s surface for one week. The astronauts will then head back onto SpaceX’s Starship to reach orbit, then switch back to Orion before heading back to Earth.

There’s still lots of work to go on Starship, before it can safely transport humans to the surface of the moon. NASA’s relationship with SpaceX continues, and after the moon, the sights are set on Mars.

SpaceX CEO Elon Musk said after the announcment, “We are honored to be part of the @NASAArtemis team.”