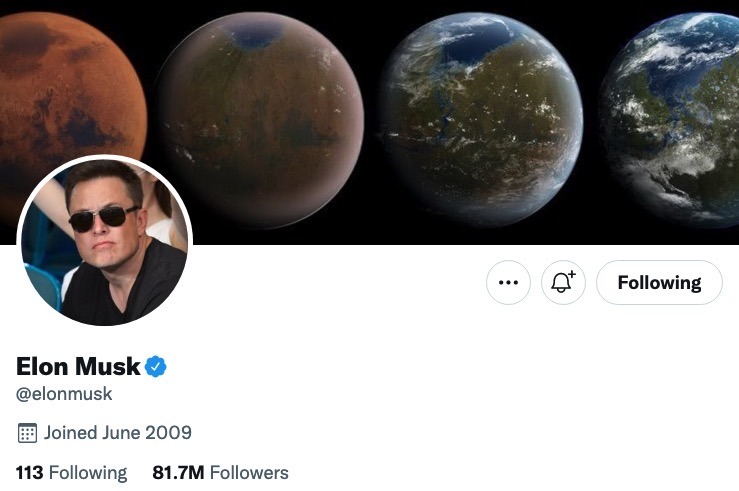 According to sources familiar with the matter, Twitter is re-examining Tesla and SpaceX CEO Elon Musk’s offer to buy the social media company for $43 billion USD now that he has raised $46.5 billion in financing for the deal — reports The Wall Street Journal.

While analysts originally expected Twitter to accept Musk’s buyout offer, things got off to a rocky start when Twitter’s board of directors adopted a limited duration shareholder rights plan — commonly referred to as a “poison pill” — preventing Musk from acquiring more than 15% of the company just one day after he tendered his offer.

Twitter is now taking a fresh look at Musk’s bid and sources say the company is more likely to seek to negotiate since the celebrity billionaire has secured funding. This may indicate that the social media giant is more receptive to the deal.

According to people close to the proceedings, Twitter and Musk’s representatives are set to meet on Sunday, but whether the Tesla CEO will personally attend the meeting is unclear.

Twitter still hasn’t come up with an estimate of its own value, which would need to be close to Musk’s offer of $54.20 per share. Furthermore, some of the sources said Twitter could also ask Musk for sweeteners such as an agreement to cover breakup protections in the event the deal falls through.

According to some of the sources, Twitter will issue some sort of a response to Musk’s bid when it reports first-quarter earnings on Thursday, April 28, if not sooner. Twitter’s response likely won’t be black-and-white, and the company could even choose to invite other bidders to the table or seek to negotiate with Musk.

Any negotiation that does take place will revolve around terms other than price, however, as the sources said Musk recently reiterated to Twitter Chairman Bret Taylor that his offer is final. In private virtual meetings with several Twitter shareholders on Friday, Musk discussed his vision for the platform and said that the company’s board has a “yes-or-no” decision to make.

According to a recent report, it was Musk’s vision for Twitter that helped him win financial backing for his bid from Wall Street.

Musk has already managed to sway some Twitter shareholders to his side of the table. Lauri Brunner, who manages Thrivent Asset Management LLC’s large-cap growth fund with a 0.4% stake in Twitter, sees Musk as a skilled operator. “He has an established track record at Tesla,” said Brunner. “He is the catalyst to deliver strong operating performance at Twitter.”

If talks with Twitter’s board don’t pan out, Musk could always approach shareholders directly with a tender offer — an option he has said he is considering. Even if Musk succeeds in getting shareholder support in a tender offer, though, he would still need to find a way around the company’s poison pill.

Tesla’s Gigafactory Texas is reportedly aiming for 75,000 units of the Model Y in the first quarter of 2023, according to an unnamed source who shared the information with electrek. The figure equates to more than 5,000 units per week at the site for the entire quarter, marking a significant production increase from the 1,000 […]
Peter McGuthrie
20 hours ago

Although Tesla currently remains the top electric vehicle (EV) manufacturer in the U.S., a new study shows that increasing competition is slowly chipping away at the company’s market share. Tesla has a 65 percent EV market share in the U.S. in the first nine months of 2022, which is down from 79 percent in 2020, […]
Peter McGuthrie
21 hours ago