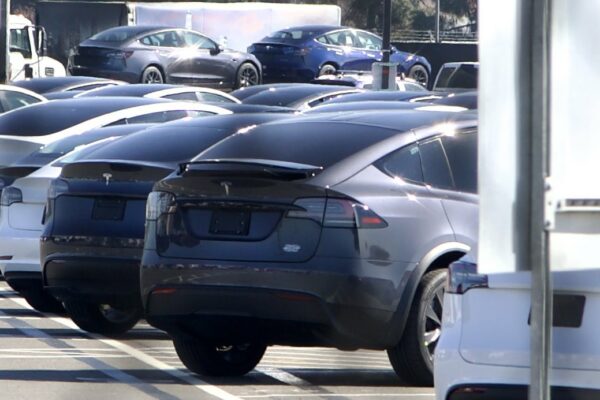 Tesla’s first Model X refresh with five seats has been delivered, according to multiple users on the Tesla Motors Club forum on Saturday.

A user in the thread noted that their Model X Long Range refresh with five seats was delivered on Saturday, adding a few imperfections that will require service down the road.

The main issue the user noted was a chip in the exterior panel’s paint, which Tesla’s service staff said would be painted free of charge.

Still, the user called the Model X a “great car,” saying that Tesla would also provide a replacement car when it came time to have the panel serviced.

In the post, the user wrote, “Just had my MX LR 5 seat Black/Black delivered today. Car was delivered to the house in a box van with a tilt ramps which was convenient. Back row is a 60/40 split with the 60 being on the driver side. There was a chip on the passenger door, but tesla called before hand and said I could take delivery and schedule a service visit later free of charge and I would be given a replacement car while it was being painted.”

Others also shared their first delivery experiences with other vehicles, with a few detailing other issues their Model 3 and Y units had, such as chips and imperfections in the exterior panels, squeaky seats and speakers, and uncomfortable seat belts.

Tesla CEO Elon Musk said he prefers the 6-seat Model X as the best, in a tweet on Sunday.

The six seat Model X is best imo. There are times when I only want to offer that variant.

Demand for the automakers’ vehicles is high, and recent delivery estimates showed Tesla Model 3 and Y units being delayed in the U.S. to as many as nine months, while last year’s Model X wait times showed some customers had to wait until October 2022 to take delivery.