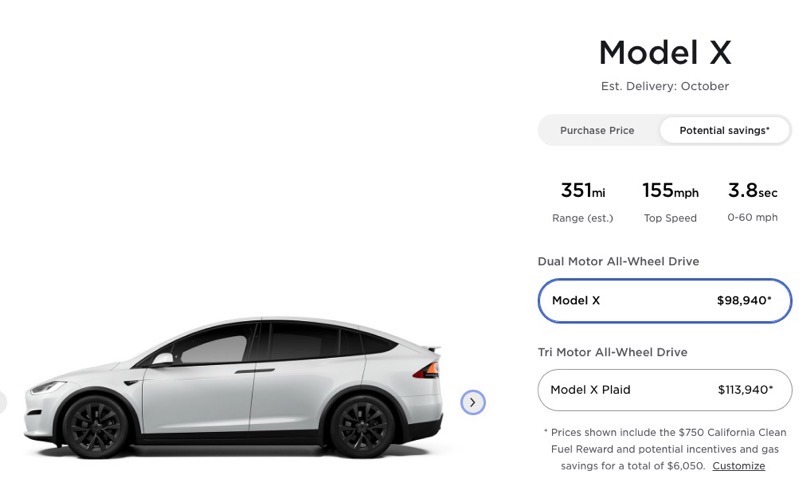 Back in mid-October, Model X estimated delivery dates slipped to September 2022. But now we’re seeing yet another added delay.

Again, these estimated delivery dates could change at any time, depending on Tesla’s ability to acquire batteries, semiconductors and other car parts needed to produce its vehicles.

Tesla also revised the range estimates for the Model X as well, depending on the number of seats; more seats increase weight and reduce range:

Tesla is ‘recalling’ roughly 80,000 vehicles in China due to seatbelt and software issues, according to the State Administration for Market Regulation in a statement on Friday (via The Wall Street Journal). The regulator said that a recall filing had been for Tesla’s vehicles, which is currently the second largest automaker in the country. The […]
Peter McGuthrie
7 hours ago