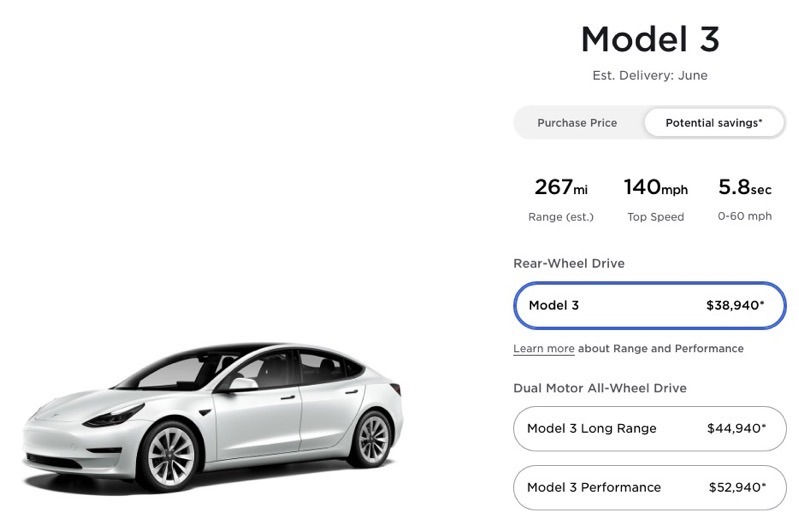 Tesla continues to make changes to its vehicles tonight on its website configurator. We previously noted Model Y range estimates had changed depending on wheel choice, and now the same has happened for the Model 3 (via @SawyerMerritt).

Tesla’s entry Model 3 is showing an estimated delivery date of September 2022, just like the Model Y, as the automaker faces high demand, a shortage of semiconductor chips and supply chain parts pressures.