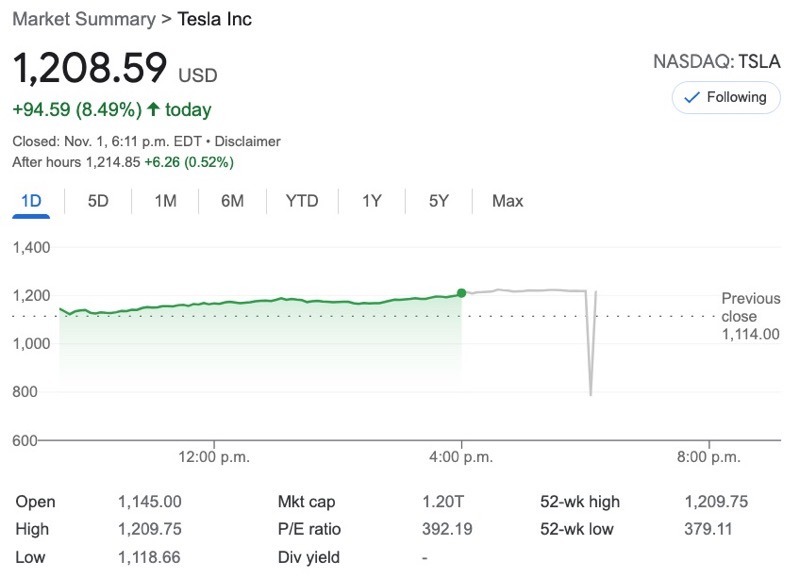 Elon Musk’s electric vehicle maker reported impressive third quarter earnings, at a time when the global auto industry saw a decline in sales due to a chip shortage.

Tesla also saw positive news when Hertz announced it ordered 100,000 Tesla vehicles, expected to deliver by the end of 2022. Hertz also announced a deal with Uber to rent out half its Tesla fleet to gig economy drivers.