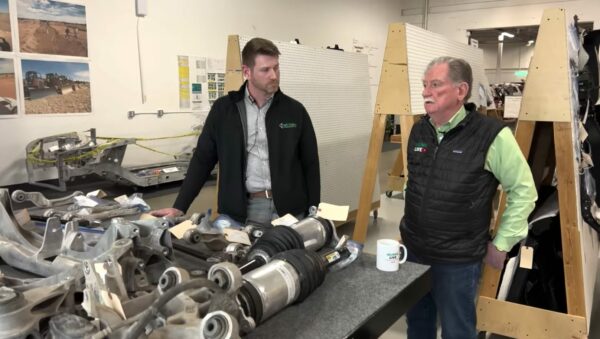 Tesla’s Model S Plaid has been pulled apart by Sandy Munro over the past month or so, with the manufacturing expert’s team analyzing the vehicle’s overall construction.

Munro Live continued its teardown of their 2021 Tesla Model S Plaid with a new video on Friday show a breakdown of the front and rear suspension.

Immediately, Munro compares the vehicle’s front suspension cradle to hardware seen in Audi and BMW cars, as well as other luxury vehicles.

Harty also details how common the style is, explaining that it’s a low-cost means of suspension.

Later in the video, Munro says, “This is, to me, a work of art,” regarding the suspension’s cross-bar beam featuring a laser-cut design and its integration into the other systems within the vehicle.

Munro also adds that this integrated piece prevents vibrations and improves the vehicle’s handling when being driven.

The video comes just as some of Tesla’s first 2022 Model S Plaid Refresh units are beginning to deliver to customers, including brand new tail lights and headlights, as well as a few other new updates.

Check out the full video breaking below of the Model S Plaid’s suspension: