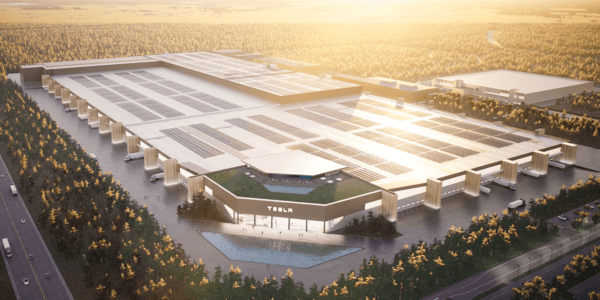 As Tesla still awaits final approval for its Gigafactory Berlin-Brandenburg, located in Grünheide, Germany, the company has selected a day to elect its first works council in the country.

Tesla’s Gigafactory Berlin-Brandenburg will select its first works council on February 28, according to a statement on Thursday from Germany’s biggest union IG Metall (via Auto Blog).

While Tesla has only hired around one in six of its 12,000 expected workers at the plant, largely due to the company still awaiting final approval from the Brandenburg Ministry.

IG Metall, which represents auto workers and others in industrial production, is concerned that electing a works council too soon may create a council that is mostly management.

Head of IG Metall’s Berlin-Brandenburg-Saxony office Birgit Dietze said, “Those hired so far do not represent the workforce as it will look when production begins or reaches full capacity.”

The council will include 19 employees, and to qualify for candidacy, employees must be with the company for at least six months.

In addition, the works council can only call new elections every two years, so a management-forward council could be in place for at least that time – if not longer.

Tesla also said earlier this month that it is pushing hard to see Gigafactory Berlin and Gigafactory Texas both open by January 26, the date of the company’s Q4 earnings call.

Earlier this month, Tesla was granted approval to produce up to 2,000 Model Y units, or 500 per week, due to the first pre-production tests, which allowed the company 200 Model Y bodies originally, not being quite up to par for the company.