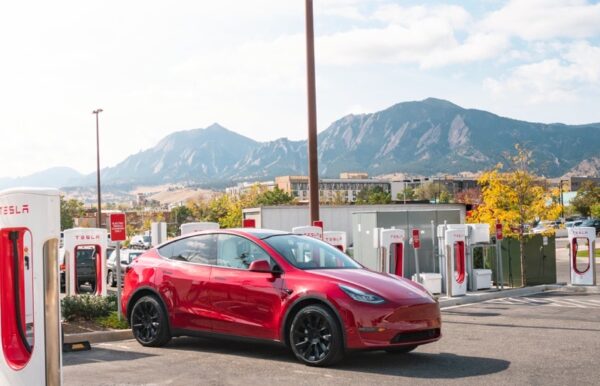 A crucial part of owning one of Tesla’s electric vehicles (EVs) is the ability to have it serviced by the company, and that’s expected to get a little easier for Tesla owners in the Dayton, Ohio area.

Tesla will open a service center in Moraine, Ohio, according to a statement from the city reported on Wednesday by WHIO.

The service center will be built out into what was previously a Staples store, located at 1927 W. Dorothy Lane near a Walmart.

It isn’t yet clear when the service center will open, but it’s expected to feature a variety of technician service bays, and Superchargers along the outside, according to city officials.

Within walking distance are food options such as LongHorn Steakhouse, McDonald’s, Taco Bell, Arby’s and more.

Tesla’s Moraine service center will also be the automaker’s first location in the Dayton, Ohio area. Other nearby Tesla service centers in Ohio are located in Columbus, Cincinnati, Cleveland and Toledo.

According to the TMC forums, pictures of the site shared on Wednesday, indicate it is far from completion, according to images taken by ‘jdmackiewicz’: Along with regular service and maintenance requests, Tesla announced last year that its service centers could also help with collision repairs.

Last month, police in Gates Mills Village in Ohio recently were given a Tesla Model S, which is now on patrol.