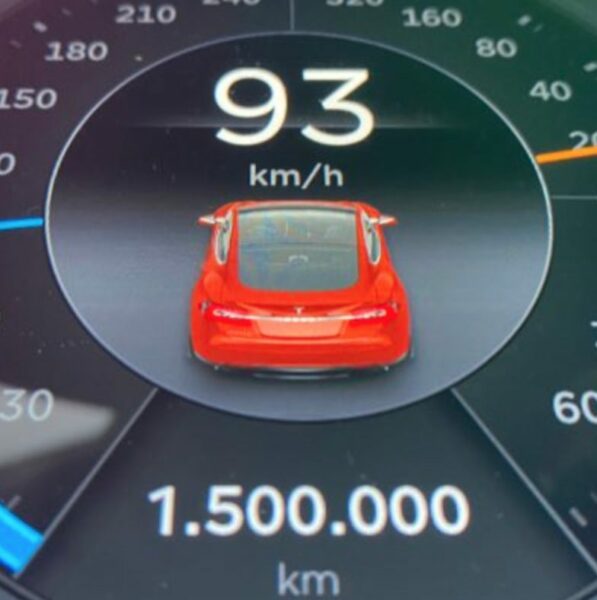 In 2020, one Tesla Model S owner surpassed 1,200,000 kilometers (745,645 miles) and was congratulated by Tesla CEO Elon Musk himself, and two years later, that Model S is still racking up kilometers.

The Model S is only about 112,654 kilometers (70,000 miles) from hitting a total of a million miles driven – a feat not yet reached by an electric vehicle (EV) as far as we know.

All 1,500,000 kilometers driven are on the driver’s current battery pack, though one user on the thread also recalled the owner previously reporting having changed the battery pack out twice in the past – the first time because the original pack was a beta, replaced for free by Tesla, and the second, simply to upgrade.

Still, 1,500,000 kilometers on a single battery pack is an impressive accomplishment, and the owner doesn’t seem to show any signs of stopping.