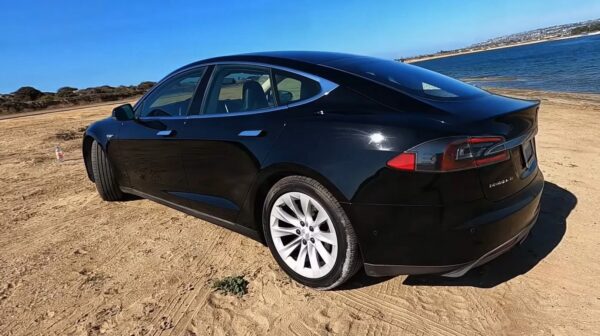 Photo: Braden Carlson (via The Drive)

How many miles or kilometers have you driven in your Tesla? We bet it won’t be more than this Tesla Model S.

In the video, Carlson breaks down how his friend’s vehicle is doing, while taking a drive in the vehicle and talking through its quirks.

The only large-scale service that the Model S had undergone is a battery replacement. For the most part, however, the vehicle seems to be holding up rather well, save for some issues with the rear window on the driver’s side, which has a faulty actuator.

Carlson also asked some other Tesla owners at a Supercharger how many miles they thought the Model S 70D had on it, and none came close to the actual amount.

However, both responders did ask Carlson if the battery had been the original battery.