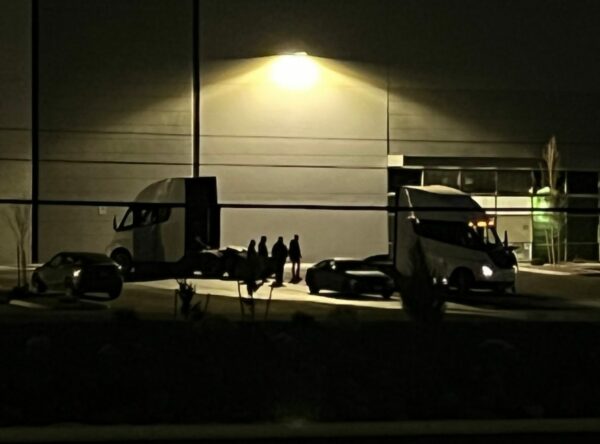 The Tesla Semi reportedly began limited production last month at the company’s Sparks, Nevada production facility, and a new set of photos shows two of the Semi units docked outside of the factory.

@Sawyer Merritt spotted two Tesla Semis at Gigafactory Nevada, as shown in a series of photos shared on Wednesday.

In the photos, three out of four of which are taken at night, you can see that one of the electric Semis has its frunk open, despite the light making it difficult to see.

BREAKING: 2 brand new Tesla Semi's spotted at Giga Nevada Semi factory. You can see the frunk is open on one of them. pic.twitter.com/QdLSduusFA

One of the photos is taken during the day, though it only includes one Tesla Semi beside a nearby Model Y and a Subaru vehicle. 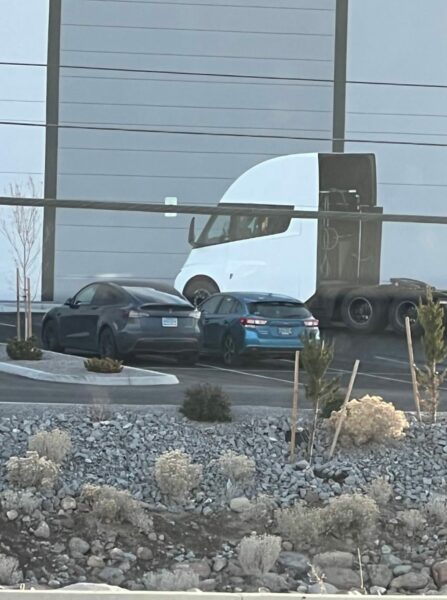 California distributor Karat Packaging also announced an order for 10 Tesla Semis in December, set to be added to the company’s fleet of 86 trucks and trailers.

In November, reports held that PepsiCo would be receiving its delivery of 15 Tesla Semis earlier than planned in 2021, though Tesla has said it won’t begin delivering the electric semi-trucks until 2023.

The Tesla Semi, originally announced in 2017, has been repeatedly delayed since then, though 2021 was the upcoming vehicle’s biggest year yet, with a number of units spotted testing and getting their own Tesla Semi Megachargers, among other upgrades.

The Motortrend crew recently visited Frito-Lay’s upgraded, zero-emission distribution center in Modesto, California to talk with Tesla Semi drivers and see the truck in person. The publication was able to gather a few extra specs on the Tesla Semi, noting that the huge vehicle sported a Model S Plaid tri-motor powertrain but turned around the […]
Peter McGuthrie
1 day ago

During Nevada Governor Joe Lombardo’s 2023 State of the State speech on Monday evening, the leader revealed Tesla is set to announce a new factory in northern Nevada on Tuesday. Speaking about restoring Nevada’s reputation as pro-business and pro-development, Lombardo said the state is “ready to partner” to bring back economic growth. That’s when he […]
Sarah Lee-Jones
4 days ago