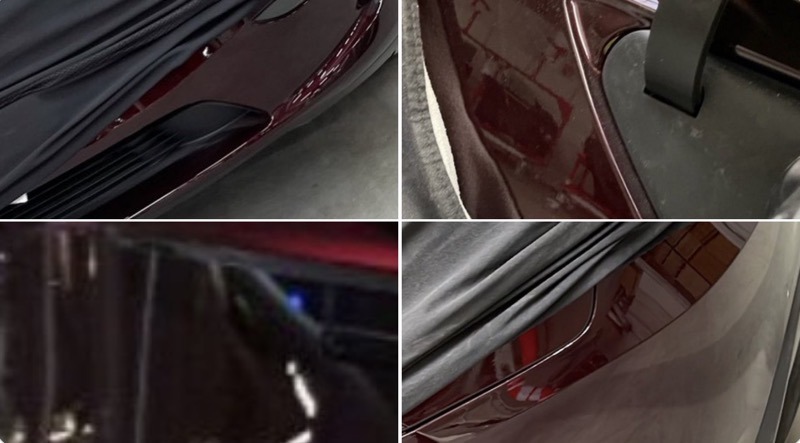 Here is a sneak peek at the new Model Y Deep Crimson color coming soon to Giga Berlin (and probably Texas too).

Keep in mind, the color shifting seen in real life will make the Crimson look much better person. With 8 layers, this color has some great depth to it. pic.twitter.com/mzsP4sT8E8

According to Merritt, crimson will have 8 layers of paint and will have color shifting, making for an impressive paint when seen in person.

We first saw a glimpse of crimson during Tesla’s Giga Berlin County Fair, when the company teased a Model Y partially covered by a cloth, painted in the color.

Earlier today, we saw a new Model Y test body being rolled into Giga Texas, a version that did not include a floor, suggesting it’s to support Tesla’s upcoming 4680 structural battery pack.