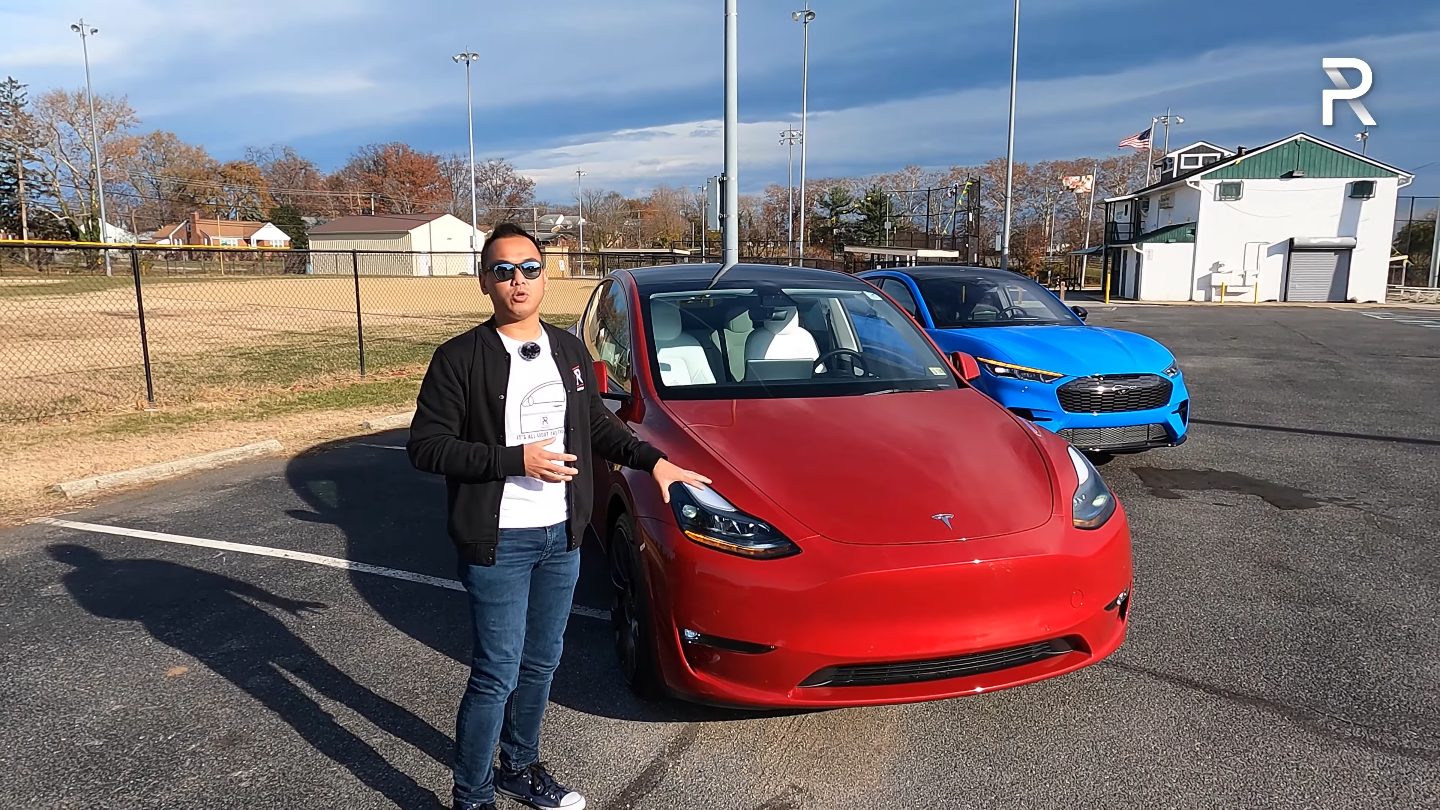 The 2021 Ford Mustang Mach-E GT Performance features a dual-motor (all-wheel-drive) powertrain that delivers 480 horsepower, a 98 kWh battery, and a rated range of 260 miles (418 km) of range, and goes 0-60 mph in 3.5 seconds as well. Oh, and it can also outrun explosives (but only at max power for 5 seconds).

While the Mach-E has a bigger battery than the Model Y, it isn’t quite as efficient and thus provides a lesser range than the latter. The Mustang Mach-E GT Performance is also about 500 lbs heavier than the Model Y Performance, which contributes to the higher power usage.

Redline Reviews disclosed the Mach-E GT being reviewed was his own personal vehicle he purchased, while the Model Y Performance belonged to his cameraman.

The two crossovers are pretty head-to-head when it comes to speed and acceleration, though, and both would easily put most gas-guzzling sports cars to shame any day of the week and twice on Sunday.

The Model Y does have more storage room than the Mach-E as well.

Price is where things get a little muddier — Ford has designed the Mustang Mach-E GT to be rival the Model Y in every aspect, including price, but the veteran carmaker has had to increase prices in recent weeks, as has Tesla.

The 2021 Tesla Model Y received the highest safety awards from the IIHS earlier this week. In addition, the Performance variant of Tesla’s all-electric crossover launched in China just last month.

Upon comparing both cars, Redline Reviews ceded that the Tesla is slightly faster under typical driving conditions, while the Mach-E GT Performance offers better track performance. Ultimately, a decision on which to buy will come down to personal preference and exactly what you’re looking for in your next car.

For the complete review, check out the full video comparison below: