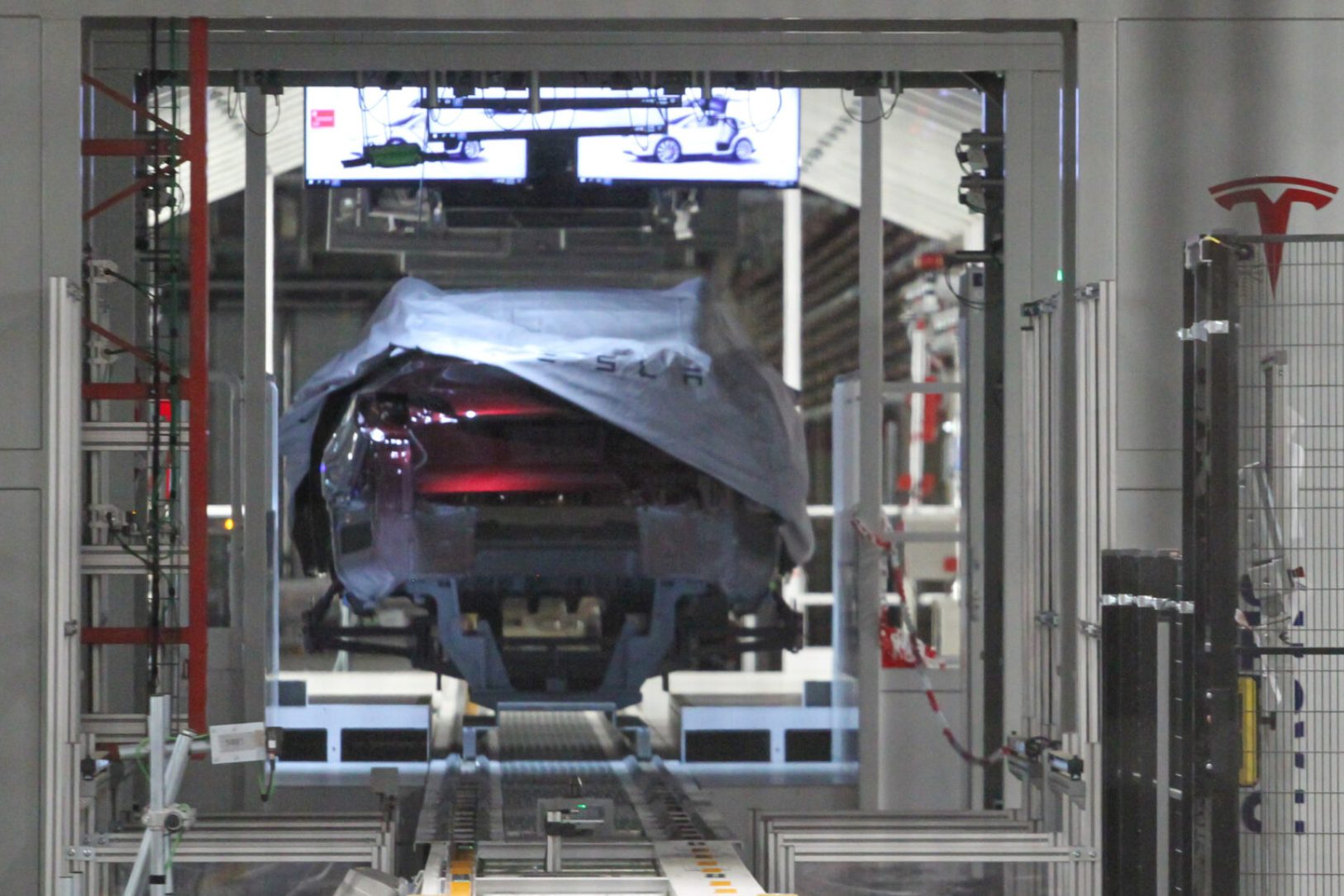 Tesla updated its mobile app to version 4.2.1 for iOS users yesterday, and inside code strings, details of new paint colours coming to Giga Berlin have been revealed.

According to @Tesla_App_iOS, new references to paint colors were found:

It’s unclear what these new paint colors will look like. But we saw a glimpse of Deep Crimson at Giga Berlin. Some Tesla owners have tried to speculate with concepts on what these colors may look like, such as @tesla_adri:

I tried to recreate the colors, but I´m not sure if I got them right. https://t.co/9NVBm6lgYY pic.twitter.com/4rV5IfYuVM

Other tidbits found by @Tesla_App_iOS, was that Sentry Mode live viewing will only be possible on your smartphone, and not events/clips. Live streaming from the app will also have end-to-end security.

Also not too sure how we missed this in the update that brought it but based on the code it looks like you will NOT be able to view recorded sentry mode events on your phone, you'll have to go to the car to view the event. Only live viewing from the phone. pic.twitter.com/mSEgjwfJig

During Tesla’s Giga Berlin County Fair and factory tour, the company had one of its newest colors out in the open for people to look at on a Model Y, a deep crimson red color that Elon Musk has talked about before in the past.

Tesla highlighted its accomplishment on Tuesday of opening Supercharger stations to non-Tesla electric vehicles (EVs) across 15 European countries, which it says is equal to about 50 percent of Supercharging stalls in all of Europe. The announcement was made from the new @Tesla_Europe Twitter account. The Supercharging network is now open to all EVs in […]
Peter McGuthrie
24 hours ago

Indonesian President Joko Widodo said he is “confident” Tesla will finalize an investment into a production facility in his country, according to a report on Tuesday from Reuters. President Jokowi, as he is colloquially referred to in Indonesia, also highlighted potential benefits such as tax breaks for the company or a concession to mine nickel. […]
Peter McGuthrie
24 hours ago

Tesla is looking to increase production output at its Gigafactory Shanghai in the next two months, to help meet the demand created by its recent price cuts, according to a source with knowledge of the plan and a planning memo seen by Reuters. The memo says that Giga Shanghai is targeting a weekly average output […]
Peter McGuthrie
1 day ago