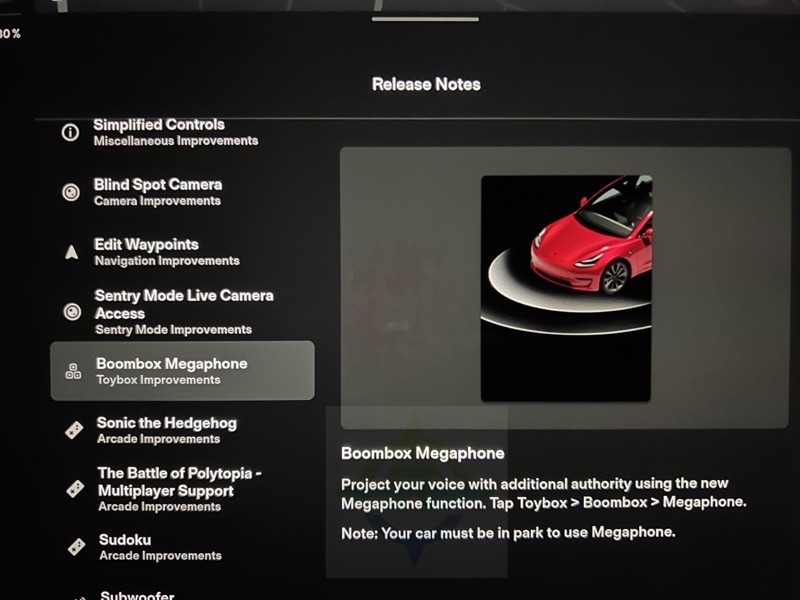 With Tesla’s release of its 2021 holiday update, build 2021.44.25.2, the company also gave some extra features for the Model S refresh such as a new Boombox Megaphone.

But now it appears this feature is not exclusive to the Model S refresh, as it’s also available on 2021 Model Y vehicles as well, confirmed Tesla North reader Robert in Canada.

You can see in the 2021.44.25.2 release notes, there’s now ‘Boombox Megaphone’ under Toybox for a Model Y. “Project your voice with additional authority using the new Megaphone function,” says Tesla. You need to be parked to use Megaphone.

It appears any vehicle with a Pedestrian Warning Speaker, will have Boombox Megaphone. 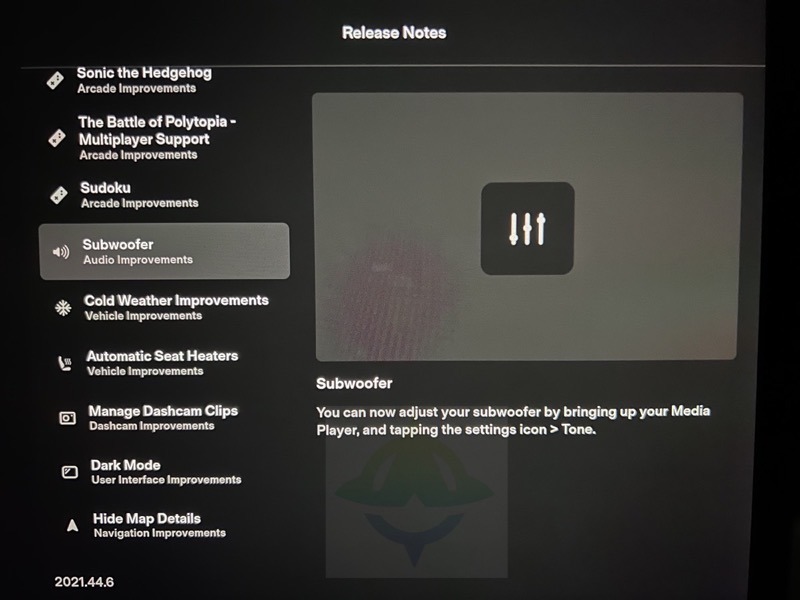 Also new is more control over the Model Y’s subwoofer. “You can now adjust subwoofer by bringing up your Media Player, and tapping the settings icon > Tone,” says Tesla.

Aside from these two new features for this 2021 Model Y located in Canada, the rest of the release notes are the same as what we’ve seen on the web—but also the addition of Sentry Mode Live Camera as well outside the U.S. for the first time.