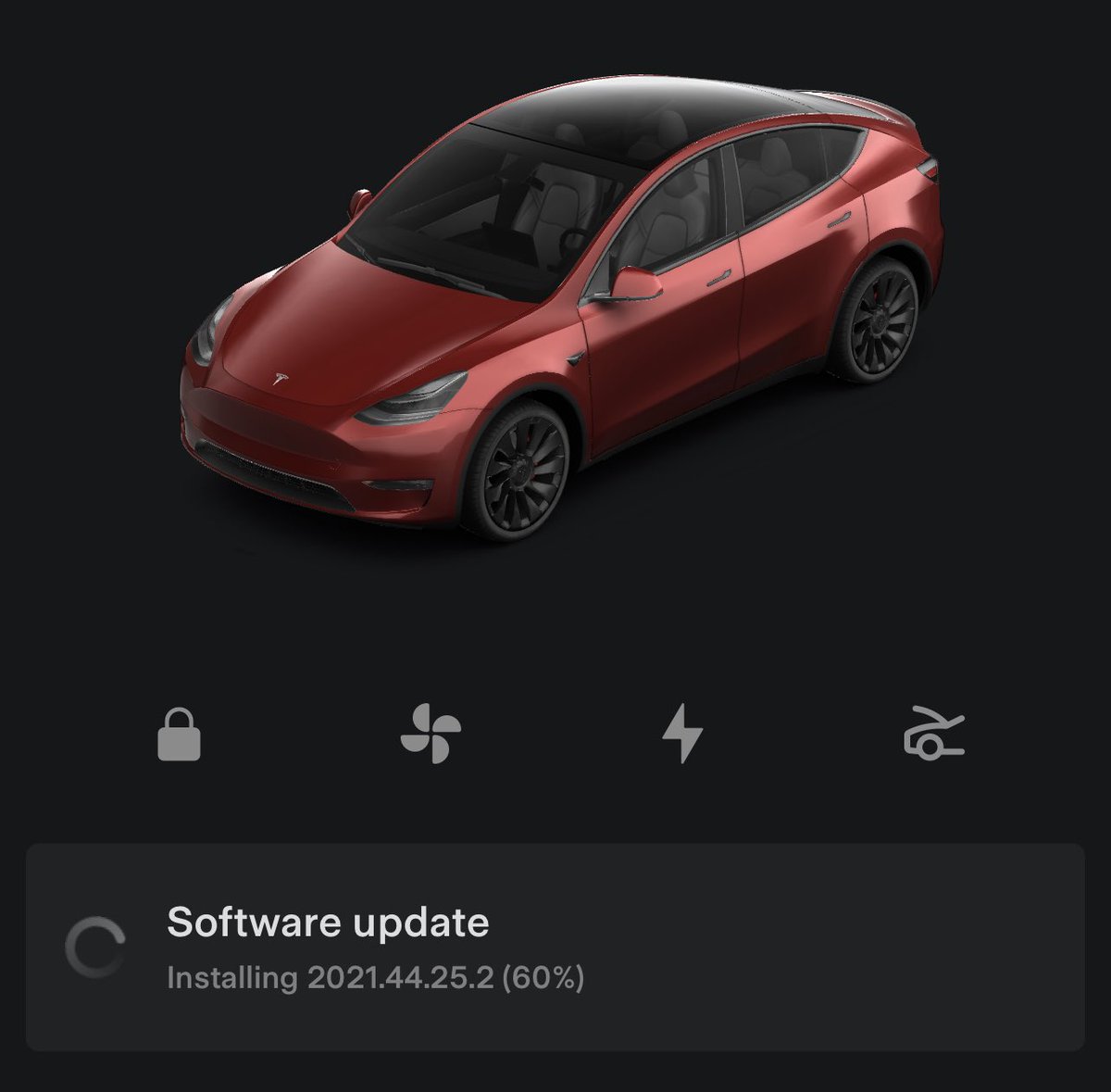 Tesla has started rolling out its 2021.44.25.2 software update, which introduces its 2021 holiday update for non-Full Self-Driving beta customers, as noted by @Teslascope and @TeslaTip.

2021.44.25.5 is the same update but intended for current FSD Beta testers/vehicles and includes Full Self-Driving V10.8.

We are monitoring both versions for continued rollouts.

Other Tesla owners chimed in such as @gweytcod to say they just received 2021.44.25.2 on their Model Y Performance:

Let us know if you’re getting the 2021 holiday update on your Tesla in the comments below.

Long-term vehicle subscription service Autonomy has launched an end-of-year sale that lets users subscribe to a Tesla Model 3 for what it is calling the “lowest price anywhere” for the electric sedan. Customers need to put down a $3,000 deposit and then pay $450 per month for the first 12 months, said Autonomy earlier this […]
Peter McGuthrie
14 hours ago