Tesla Issues Recall for 826 Model Y Vehicles in the U.S. 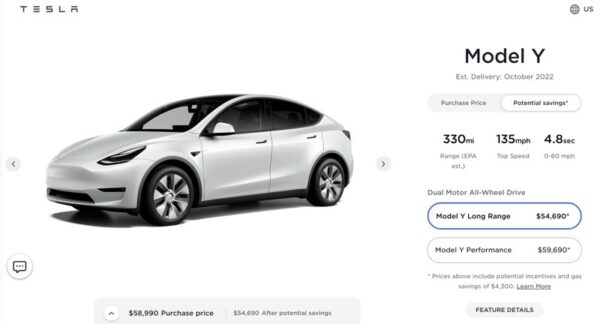 Tesla has a history of fixing software-based issues before the National Highway Traffic Safety Administration (NHTSA) can recall them, but a recent update shows that the agency has issued a new hardware recall for several Model Y units.

Tesla has recalled Model Y units built between June 2020 and November 2021, due to front and rear suspension knuckles being susceptible to fracturing and separation, according to the NHTSA (via @Tesla_Adri).

If the suspension knuckle links are to fracture, as explained in the recall notice, it can reduce the control and stability of the vehicle, ultimately increasing the risk of an accident.

“Tesla Service will inspect and replace the knuckles as necessary, free of charge. Owner notification letters are expected to be mailed January 18, 2022. Owners may contact Tesla customer service at 1-877-798-3752. Tesla’s number for this recall is SB-21-31-004,” explains the NHTSA notice.

Tesla issued a recall for certain Model Y build between June 2020 and November 2021 because the suspension knuckels may deform or fracture. This recall potentially affects a total of 826 Model Y.

The NHTSA said earlier this year that Tesla should have filed a recall notice for an Autopilot software update the company reverted versions from.

In October, Tesla responded to an ongoing NHTSA inquiry about its Autopilot system that was opened after Autopilot-engaged Teslas had a string of accidents with parked first responder vehicles with their lights on.

In the same month, the newly-appointed NHTSA Senior Advisor Missy Cummings was noted for having a history of bias against Tesla and Elon Musk.

Sandy Munro also slammed the NHTSA for not running a fair investigation with Tesla, pointing out how few people have died driving Teslas across the world compared to the amount of total U.S. deaths in vehicles in the same time frame.

Tesla is gearing up for the grand opening of a new two-storey sales center at Ole Rømers Vej 11 in Ribe, Denmark on Saturday, November 26 (via @TSLA_Ownrs_DK).  Grand Opening of @Tesla’s new two-storey center in Ribe, Denmark on saturday, November 26 at 11 am at Ole Rømers Vej 11 🇩🇰⚡️ Come by and test […]
Nehal Malik
35 mins ago

The price of charging an electric vehicle (EV) can fluctuate significantly, and a recent update to some Tesla Supercharging shows the company offering more affordable peak pricing than in the past. Tesla has cut Supercharging prices throughout much of Los Angeles and other parts of Southern California, as spotted by @BLKMDL3 and shared in a […]
Peter McGuthrie
24 hours ago