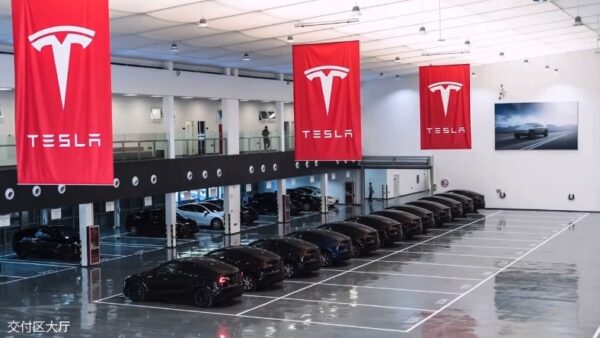 Tesla issued a ‘recall’ for 12,000 vehicles sold as early as 2017 due to an error in software communication that causes false forward-collision warnings (FCW) and automatic emergency braking (AEB), according to Reuters.

The announcement, as shared by the National Highway Traffic Safety Administration (NHTSA) on Tuesday, will affect a total of 11,704 Tesla Model S, 3, X and Y units, and it comes after Tesla reversed its deployment of the Full Self-Driving (FSD) 10.3 beta on October 23.

According to the NHTSA, Tesla “uninstalled FSD 10.3 after receiving reports of inadvertent activation of the automatic emergency braking system” before the company “updated the software and released FSD version 10.3.1 to those vehicles affected.” The agency also added that it “will continue its conversations with Tesla to ensure that any safety defect is promptly acknowledged and addressed.”

By October 25, Tesla had already disabled affect models, and deployed a new software update addressing the issue. The replacement software update did not include FSD beta, but was a standard software update. Yes, Tesla was able to fix the issue faster than the NHTSA could announce the recall filing by the automaker.

The news also comes after Tesla responded to the first round of questions in an NHTSA investigation over Autopilot crashes initially filed in August, to which the company asked the U.S. agency for confidentiality over sensitive information.

Tesla’s all-electric Model Y crossover ranked fourth in global car sales for 2022 by volume, according to a report from Focus2Move (via @1stPrincipleInv). The Model Y electric vehicle (EV) sold 759,000 units across the globe in 2022, up a whopping 88% year-over-year. By revenue, though, the Model Y topped global car sales to become 2022’s […]
Nehal Malik
1 hour ago

Tesla’s first software update of this year, 2023.2.0.5, recently started rolling out, bringing new features to the heated steering wheel and Sentry Mode, plus more But there are also some undocumented changes as with most software updates, according to tips sent to Not A Tesla App. One of them was the new ability to view […]
Peter McGuthrie
22 hours ago

Tesla has added a “camera preview” feature to the vehicle’s service menu, as spotted this week by @Stian Walgermo. The feature came as an update to Tesla’s software in version 2023.2.0.5, most of the new features of which were simply minor fixes. The feature shows a simple view from the camera, without having to use […]
Peter McGuthrie
1 day ago