Tesla and SpaceX head Elon Musk has been known for his high-profile exchanges on Twitter, but in a recent spree, the mega-billionaire has seemingly resorted to a simpler set of messaging.

@ElonMusk responded with a thumbs up to a Consumer Reports story shared back on February 4, which called the Tesla Model 3 and Model S a few of the most satisfying cars on the market after surveying a number of car owners.

The Tesla Model 3 and Model S were ranked in the top 3 alongside the Kia Telluride in the story, with the Model Y ranked fourth overall. 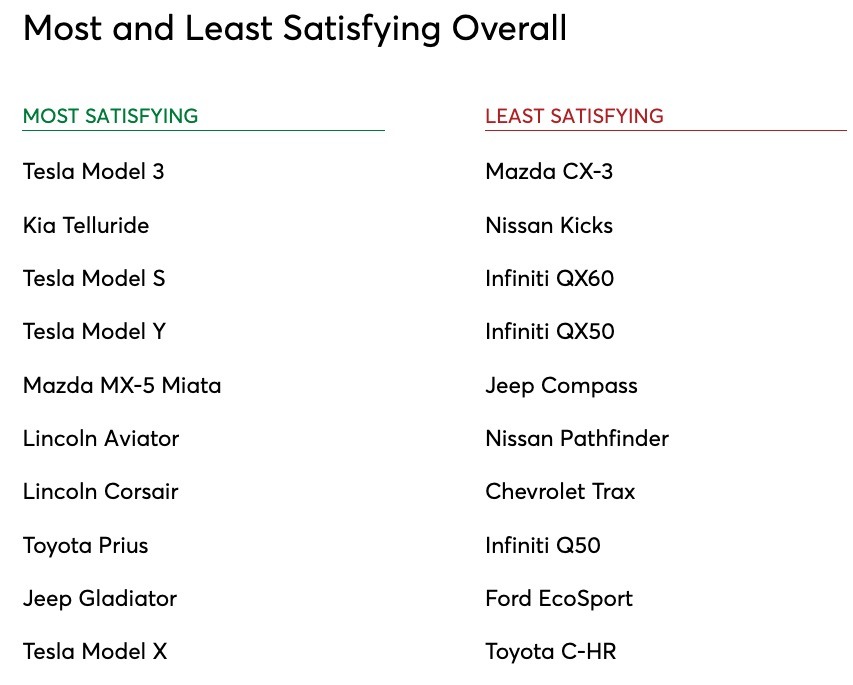 The publication also went on to say that the Tesla Model S unit’s steering yoke “showed little benefit,” though that didn’t seem to stop Toyota from unveiling its own Tesla-like yoke steering wheel last month.