A Tesla in Singapore Now Costs More to Own, Due to Rising COE Prices 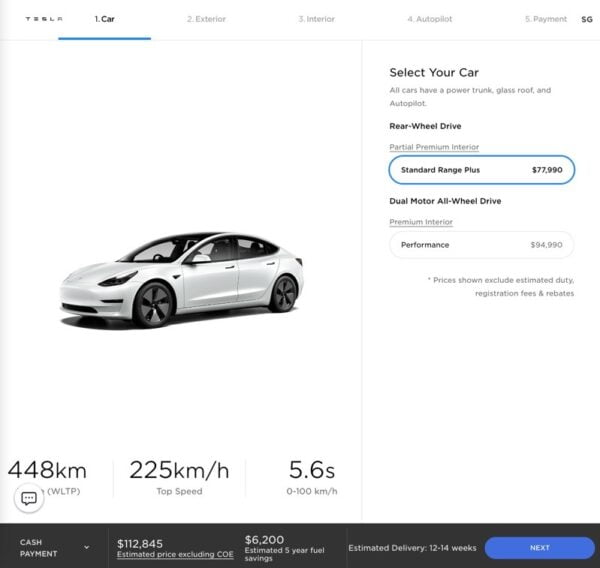 @TeslaOwnersSG reported on Wednesday that Singapore has raised the cost of Certificates of Entitlement on its vehicles, essentially raising the price of Tesla’s Model 3 by default.

Some users also pointed out that, if Singapore wants to encourage and incentivize owners to buy electric vehicles (EVs), then it should consider adding a new category for EVs that doesn’t lump them in with gas cars.

The Certificate of Entitlement (COE) bidding system in Singapore allows users to obtain a certificate for up to 10 years upon purchase, with the ability to either get rid of the car or renew the certificate for another 5 to 10 years. Users place a bid in the given category of the car they’re purchasing, and once approved by the government, they’re officially awarded the COE and ownership of the car.

The COE system was set up to encourage the use of public transport and reduce congestion on the island nation-state. Singapore also has tolls set up on specific roadways during peak times, to discourage and limit traffic congestion.

Tesla’s first Model 3 deliveries began in Singapore earlier this year, after many customers waited as much as five years to receive their deliveries. As of last month, Singapore now also has two different Tesla Superchargers that are operational – one at the island’s Millenia Walk, and the other at Orchard Central Shopping Mall.