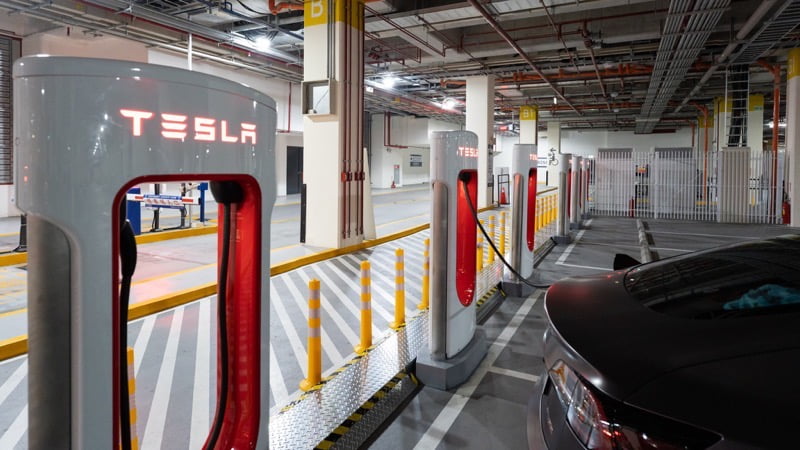 Michael Rihani (@MichaelRihani) recently announced on Twitter that he would be vacating his position as Product Manager for Supercharger User Experience (UX) at Tesla.

I’m bidding a farewell to a company I deeply admire. While much has been written about @Tesla and @elonmusk, I’d like to share a few virtues this experience has instilled in me…👇👇👇 pic.twitter.com/GRbZ257vyr

The Virginia Polytechnic graduate and technical product leader had nothing but good things to say about his (now former) place of employment and Tesla CEO Elon Musk.

In what was a heartfelt farewell to his “best job” and colleagues, Rihani also shared a few “virtues” his experience at Tesla instilled in him, which he shares with his colleagues, and which are key to Tesla’s success in the industry:

You have to develop your instincts, trust your intuition, and ruthlessly prioritize and tackle the highest ROI work first. I developed a constant bias towards action and found myself getting more done in a day than I used to get done in a week. 🏎💨

Rihani says the work culture at Tesla is incredibly fast-paced, and that speed has a big role to play in Tesla’s overwhelming success.

In 2020 alone, Tesla showcased unprecedented growth — the company achieved its gargantuan goal of delivering 500,000 vehicles in the year, share price rocketed over 700% to an all-time high of around ~$700 USD by year’s end, and Tesla went from being just another California startup to the most valuable car company in the world, with a market capitalization close to tech giant Facebook’s.

Because we stand around a circle table, throw a difficult engineering problem on that table, and everyone — from the SVP, to product, to engineers, to interns (who started yesterday) — look at that problem, rollup up their sleeves, and immediately dive into solving it, together…

Tesla is at the precipice of the cutting edge, leading innovation in the EV space. The best engineers are either already working at Tesla, or want to, and Rihani says Tesla’s work culture promotes problem-solving and invites input at all levels of the organization.

3. #Passion: It doesn’t feel like work when you’re surrounded by stunning colleagues who are aligned to a north star mission – like accelerating the world’s transition to sustainable energy. ⚡️🌎

As anyone who has seen Elon Musk talk about EVs and sustainable energy will attest, the vision behind the company is guided by passion. And it’s not just Musk who’s passionate about what Tesla does — Rihani says that passion is common ground among Tesla employees, with all of them aligned behind Tesla’s mission statement.

As a former employee from Apple, in charge of Apple Pay and Apple Card, Rihani knows what’s at stake when it comes to cutting-edge tech companies, and Tesla is second to none.

Tesla is currently making steady headway in the Supercharger space, with a bunch of new installations popping up across the globe every week. Best of luck to Rihani, who will be taking a short break before starting work on a new project in October.