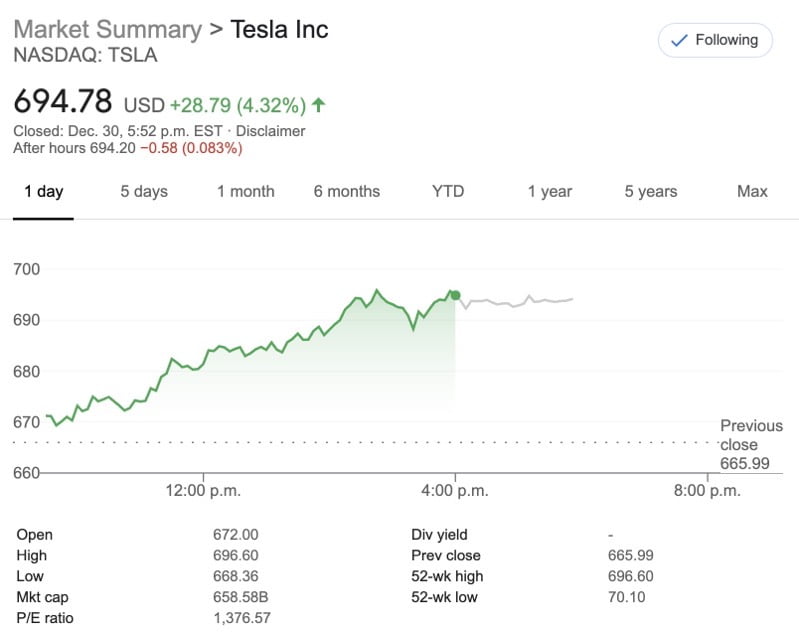 .@RiskReversal says he’s never seen a frenzy like Tesla’s rally this year. He breaks down the rising trend and warns investors to not get too excited. $TSLA pic.twitter.com/SmbtkvQa2z

The rally comes ahead of the end of 2020, with all eyes on Tesla as investors await whether or not the company will have reached its milestone of 500,000 vehicle deliveries in one year. Tesla CEO Elon Musk recently told employees to “go all out” as they still had a chance to reach its goal.

Tesla needs to hit 181,000 deliveries for the quarter, surpassing its previous quarterly high to achieve the magic 500K number.

According to Wedbush analyst Daniel Ives on Wednesday, he believes Tesla will “handily exceed” its half-a-million goal, thanks to sales in China and a late push from European and American markets.

Will Tesla shares hit $700 USD on Thursday? In after-hours trading, the company is down 0.083% as of writing.