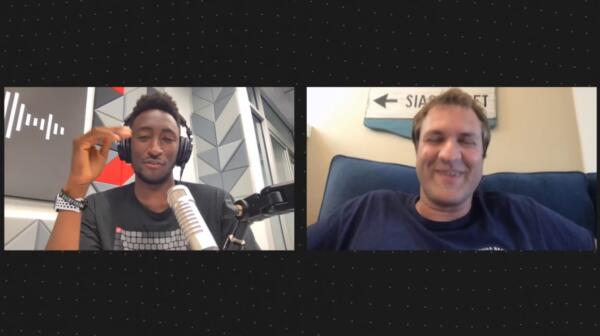 Tesla’s Model S Plaid has made waves across the internet, and one new collaborative discussion on the vehicle has electric vehicle (EV) fans excited.

In the video, Brownlee and DeMuro talk through how it feels to drive the Model S Plaid, with DeMuro describing why it will always be one of the most memorable car reviews he’s done because of the sheer speed.

The podcast was recorded before DeMuro’s glowing Model S Plaid review was published last week, but released days after the latter. The car reviewer called the Model S Plaid the best all-around car ever made, while also receiving one of the highest test scores.

The Model S Plaid is considered the world’s quickest car in a 0 to 60 mph launch, so it’s no surprise that it’s deserving of the title.

Earlier this week, Rich Benoit took the world’s first look underneath the Tesla Model S Plaid, pointing out details within the vehicle’s engine and underbelly that hadn’t yet been documented.

You can watch the full discussion between Marques Brownlee and Doug DeMuro on the Tesla Model S Plaid below.

A set of photos shared this week show that Tesla’s Powerwall and Solar Roof are super durable and will continue working after exposure to storms, as noted by one roofing company. @Tesla retweeted photos of a Tesla Solar Roof and Powerwall that withstood winds and rain from Hurricane Ian on Thursday. The photos, originally shared […]
Peter McGuthrie
40 mins ago

Tesla’s 3-for-1 stock split took place last month, and one firm is emphasizing how strong the stock looks despite the current economic and supply chain landscape. In a memo to clients this week, Deutsche Bank analyst Emmanuel Rosner reiterated a Buy rating and said the firm remains “impressed” with Tesla, noting the automaker’s operational execution […]
Peter McGuthrie
2 hours ago