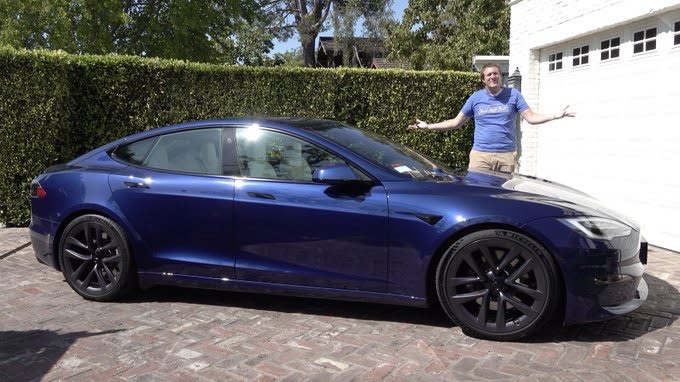 Car enthusiast and reviewer Doug DeMuro has published his highly anticipated review of the Tesla Model S Plaid on YouTube.

In the nearly 40-minute review, DeMuro goes over all the features of the Model S Plaid (obtained when an owner reached out to him) both inside and out, takes the vehicle on a drive, which blows him away with the acceleration test.

The ‘DougScore’ for the Model S Plaid results in 73 out of 100, giving the Tesla the award for the highest-rated four-door sedan revised by DeMuro, beating out the Porsche Taycan Turbo CrossTurismo and Mercedes AMG GT63S. The score is only 1 point shy of the best score he’s ever given out, which went to the McLaren F1 and McLaren Speedtail.

“The Plaid is truly fantastic and it’s quite possibly the best all-around car, ever made,” concluded DeMuro. Talk about high praise for the Model S Plaid, which has blown away early customers and also is dominating on drag strips, while also setting records at races such as Pikes Peak International Hill Climb.