How Long Can Tesla’s Powerwall Keep Lights On During Grid Outage? [VIDEO] 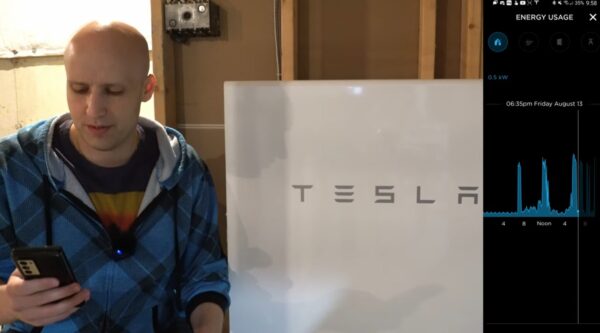 Months after Tesla’s Powerwalls saved the day during blizzards and outages for Texas residents, a new video released on Thursday asking an important question about how well the Powerwall functions in a home during outages.

Dirty Tesla — the President and Founder Tesla Owners Club of Michigan — shared a new video on Thursday asking how long the Tesla Powerwall can keep lights on in the home during grid outages. The grid was down for a total of 51 hours and 3 minutes, without the Powerwall ever letting the home lose power.

In the video, the host discusses the overall battery levels throughout the outage, as well as talking about drawing too much power and total costs of the Powerwall – including details about whether or not they pay for themselves in the long run.

In June, Tesla CEO Elon Musk announced that the Powerwall had a major backlog due to the ongoing chip shortage.

Tesla also launched a Virtual Power Plant project in California, which lets users opt into a community network of Powerwalls owned by California residents in hopes to aid the state’s power grid concerns.

You can watch Dirty Tesla’s full video breaking down the 51-hour power outage, and how Tesla’s Powerwall helped keep the lights on throughout the entire time.

Tesla has announced its production and delivery numbers for Q3 2022. The company said it produced over 365,000 cars and delivered a record 343,830 vehicles in the third quarter. “Historically, our delivery volumes have skewed towards the end of each quarter due to regional batch building of cars. As our production volumes continue to grow, […]
Sarah Lee-Jones
22 hours ago