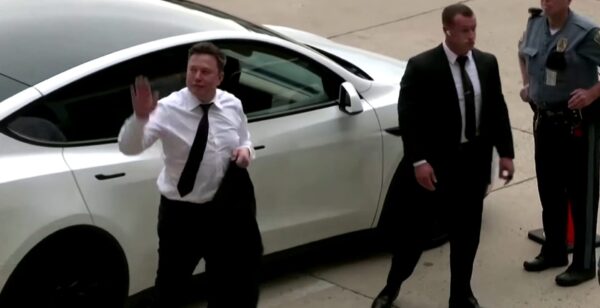 Tesla CEO Elon Musk is testifying in court over the company’s 2016 SolarCity acquisition this week, and Musk shared that the ongoing semiconductor shortage affected the company’s Powerwall production in the second quarter.

Musk went on to cite semiconductor chip shortages as the main cause of the production lull, despite continued increases in demand.

Shareholders opened the case against Musk and Tesla, alleging that the decision to buy SolarCity was made at the expense of investors and the company itself. At the time of purchase, Musk owned a 22 percent stake in SolarCity, a company that was founded and run by Musk’s cousins, Lyndon and Peter Rive.

Elon Musk Tells Court He Did Not Set Terms of SolarCity Deal https://t.co/SwZlvACdWn

In the courtroom, shareholders’ attorneys questioned Musk as to if it was a good time to buy any companies in 2016, “much less a financially troubled company.” Musk retorted that the company had been working on developing the Tesla Powerwall around that time – which the company had verifiably been developing.

Musk said, “We were beginning development of the Tesla Powerwall battery. And in order to have a compelling product, you really needed to have a tightly integrated solar and battery solution. And we could not create a well-integrated product if SolarCity was a separate company.”

As Tesla continues with plans to open its Superchargers to non-Tesla vehicles, the automaker plans to shift its charging rates and times at certain locations. Tesla is updating its charging rates at select Supercharger locations starting on Wednesday, September 28, according to tweet spotted by @Whole Mars Blog. In the screenshot, Tesla says that users […]
Peter McGuthrie
4 hours ago