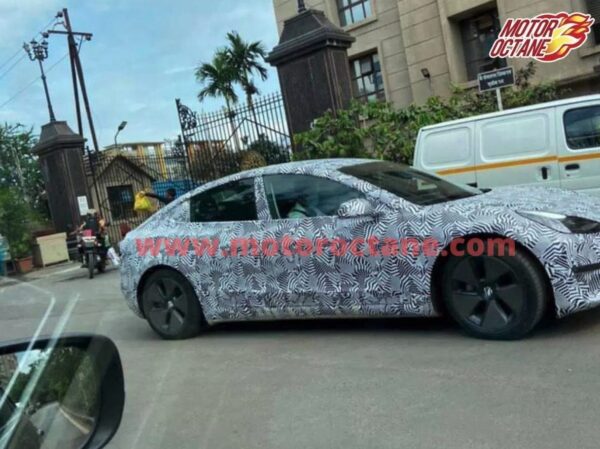 Tesla’s electric vehicles (EVs) offer impressive speed, and part of that equation has to do with extra-low ground clearance levels for its variety of vehicles.

A camouflaged Tesla Model 3 was spotted during testing by Tesla Club India on Monday, and onlookers reported concerns about the electric sedan’s low ground clearance on India’s bumpy roads.

The Tesla Model 3 is just 5.5 inches off the ground, with the performance variant of the vehicle sitting about half an inch lower than the base model. The Tesla Model Y, however, has a ground clearance of about 6.6 inches, both of which fall quite a bit below the industry standard of about 8.5 inches.

While some Tesla owners in the past have modified their Model Y units for off-roading, it would be hard to replicate anything similar with the Model 3. Still, Tesla has hinted at air-based and other adjustable suspension systems for both the Model 3 and the Model Y in the past, and while there’s no guarantee the feature will be available anytime soon, it could be particularly helpful for the Indian auto market.

Tesla CEO Elon Musk has also said that voice commands for air suspension height are also in the works, though it isn’t yet clear when the update may become available.

The U.S. Securities and Exchange Commission (SEC) has launched a probe into Elon Musk for his role in directing the branding around Tesla’s self-driving car ambitions — reports Bloomberg. According to the publication, the efforts are part of the regulator’s ongoing investigation into Tesla’s claims surrounding its Autopilot and Full Self-Driving (FSD) features. SEC officials […]
Nehal Malik
10 hours ago