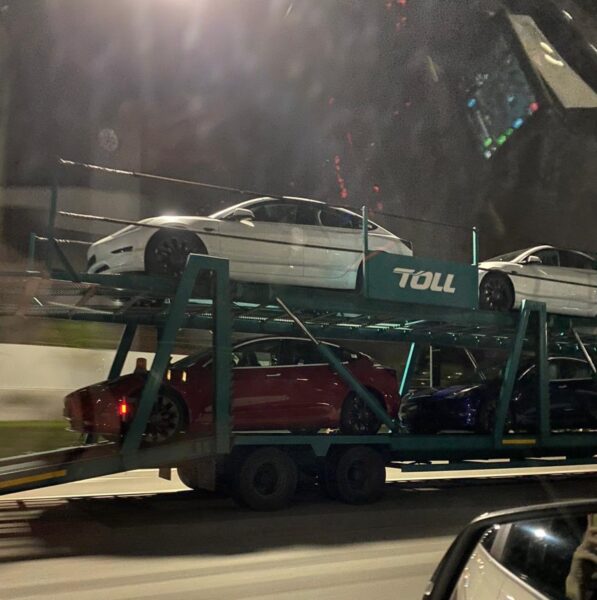 A few months following Tesla’s announcement of its expansion into Singapore earlier this year, it appears the first batch of deliveries from the U.S.-based company has arrived.

Tesla Owners Singapore shared a photo on Thursday depicting a truck on the freeway carrying multiple Tesla Model 3s. The Model 3s are coming from Tesla’s Gigafactory Shanghai, and the electric sedan is the first electric vehicle (EV) to become available on the island city-state.

Later this month, Tesla is also expected to open its first Singapore Service Center. The company also held an official Model 3 test drive event in Singapore earlier this year at the Raffles City Tower, offering early reservation holders the opportunity to drive the sedan for 30 minutes at a time.

In 2018, Tesla CEO Elon Musk said that the Singapore government was “not supportive of electric vehicles,” in response to fans requesting the EVs.The following year, Musk responded to another question as to why the company’s cars weren’t in Singapore yet, to which Musk said “Govt has been unwelcome.”

Fortunately, Singapore’s government has changed its course on EVs, with Transport Minister Ong Ye Kung even saying earlier this year that the city-state is “quite ideal as a test-bed for the rapid adoption of EVs.”

Tesla has informed local government officials in Gruenheide, Germany, that it is putting plans for a 50 gigawatt-hour battery production facility at Gigafactory Berlin on the back burner. The automaker will instead divert resources to increasing battery production at its U.S. Gigafactory in Austin, Texas, faster than originally planned, reports Automotive News. “The EV maker […]
Nehal Malik
17 hours ago