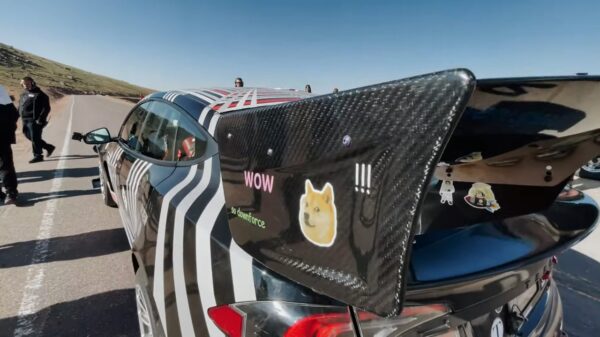 The Pikes Peak International Hill Climb is just around the bend, and Tesla fans are hoping to clinch another win this year.

The video documents one leg of the trip up the hill, with the team reporting its fastest time in this section as 2:40.86. The video is titled, “morning commute at 14,000 feet”. Watching the Model S Plaid accelerate out of corners heading up the mountain is terrifying.

The Tesla Model S Plaid was released earlier this month, and has already impressed onlookers and publications with its impressive 0 to 60 and 1/4-mile times.

Earlier this month, the UP team unveiled a mini-documentary covering last year’s lead-up to 2020’s Pikes Peak International Hill Climb, with Pobst going into detail about the accident in his Tesla Model 3.

This year, the team has upgraded to a modified Tesla Model S Plaid, called the company’s “best car yet” by Tesla CEO Elon Musk.