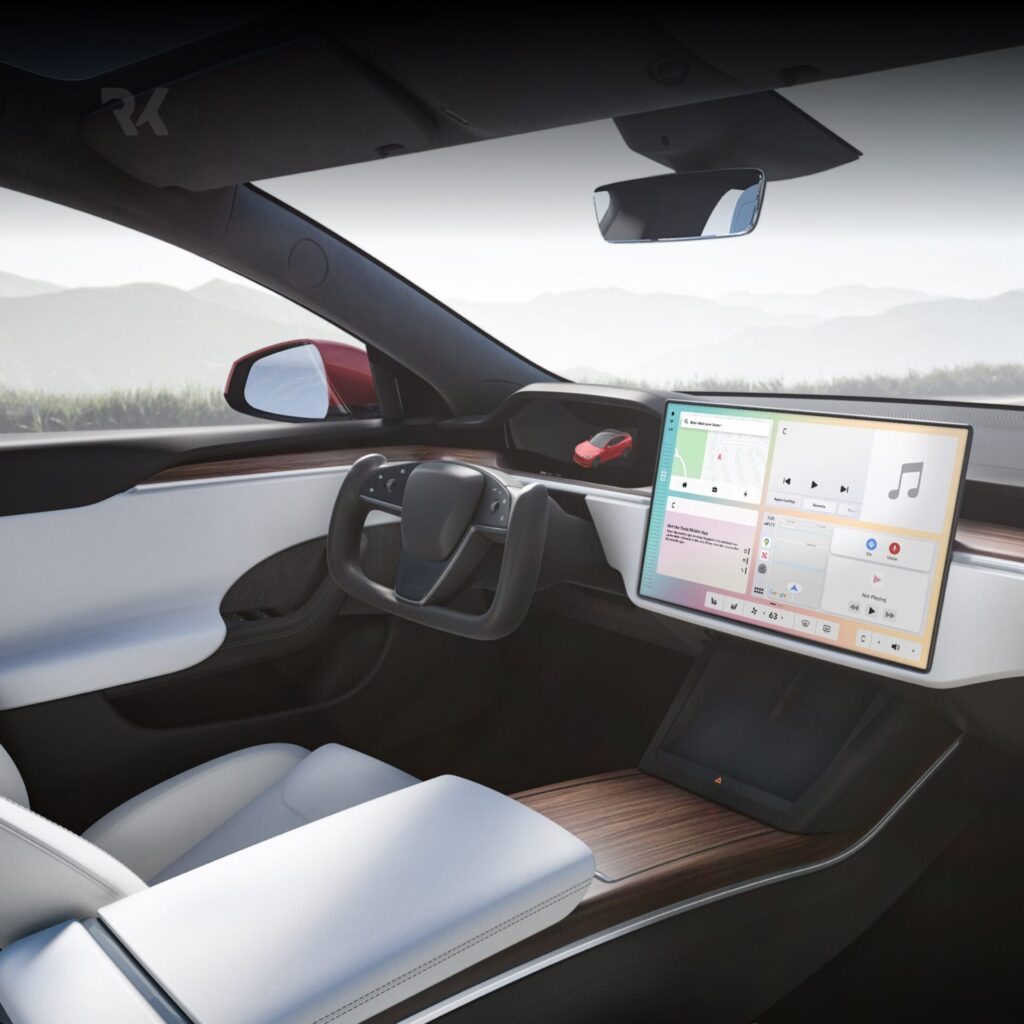 Twitter user @rodsideas recently shared some mock-ups of ‘V11’ of Tesla OS on the Model S Refresh that include support for Apple CarPlay.

I’ve designed some concepts of #Tesla OS V11 (#ModelS refresh) with CarPlay. Of course, I expect many will have polarizing opinions on how this should be done, if done at all. But it was nice to play around and envision what it could maybe look like. @elonmusk @Tesla @Teslarati pic.twitter.com/SAnn4QbtCD

The concept mostly conforms to the User Interface and features we saw a couple of months ago in leaked videos and pictures from the interior of a Model S Refresh encountered at a Kettleman City Supercharger in California, with the addition of CarPlay support.

The lack of support for Apple CarPlay (and Android Auto) has been a sore spot for Tesla owners and enthusiasts across the globe, as both technologies have made themselves key components of the in-cabin experience over the last few years. 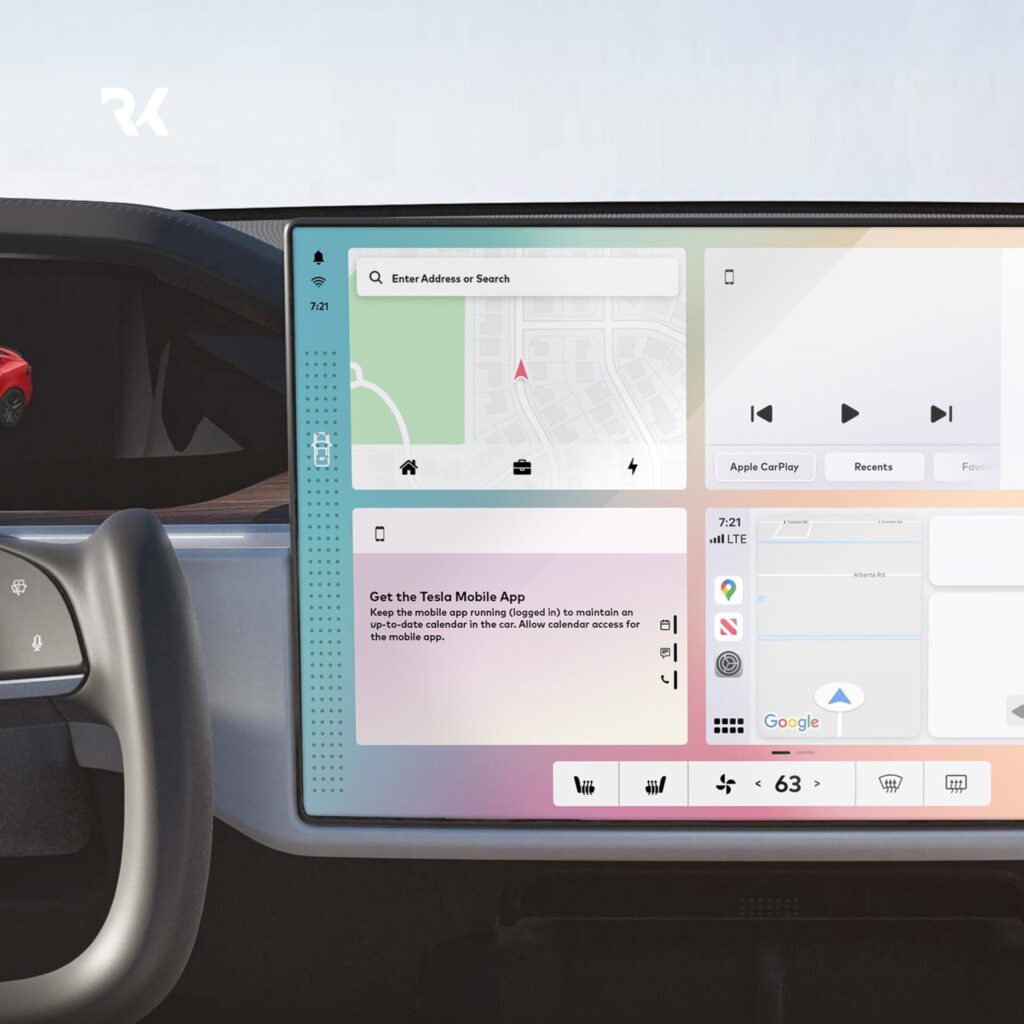 While Tesla adding support for CarPlay in the next iteration of its automotive OS seems to be quite unlikely, the concept is interesting to take a look at regardless.

Tesla is set to unveil its Model S Plaid at a delivery event this week on June 10.