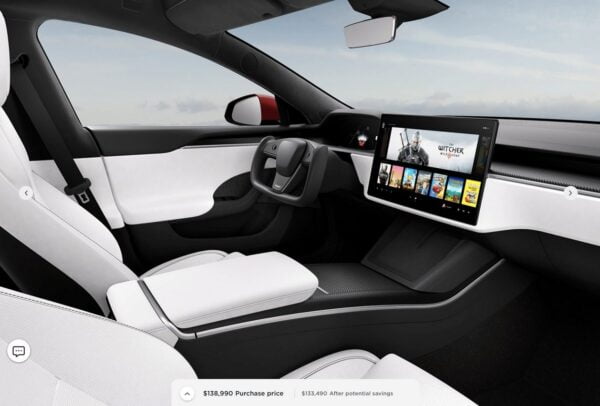 With Tesla’s Model S Plaid delivery event just a few weeks away now, the company has made some new additions to its online order configurator.

Tesla now lets you select either ebony or carbon fiber trim on the interior of the Model S, both of which cover the middle piece of the center console, the middle part of the dashboard, and running the length of the dashboard to touch each door (via Sawyer Merritt).

Earlier this month Sawyer also reported on new delivery timelines for Model S and X units, which pushed the delivery date to October for one buyer who originally reserved their car in February. Tesla also paused Model S Plaid+ orders last week due to high demand, while simultaneously increasing the prices of all Model 3/Y units. 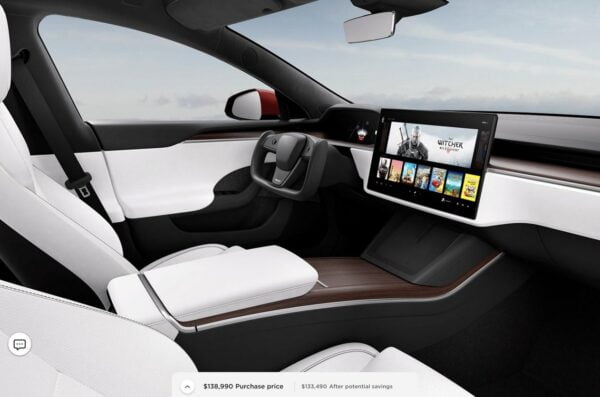 With Model S Plaid+ deliveries slated for mid-2022, rather than original estimates placing deliveries at the end of 2021, buyers can expect to receive the new electric vehicles (EVs) with the yoke-style steering wheel – which has already been spotted around the U.S. on a number of refreshed Model S units.

In February, Tesla’s Model 3 began popping up with new white trim. The company has been known to periodically add new options to its lineup, with the ebony and carbon fiber trim options for the Model S being the most recent update to the company’s EVs.