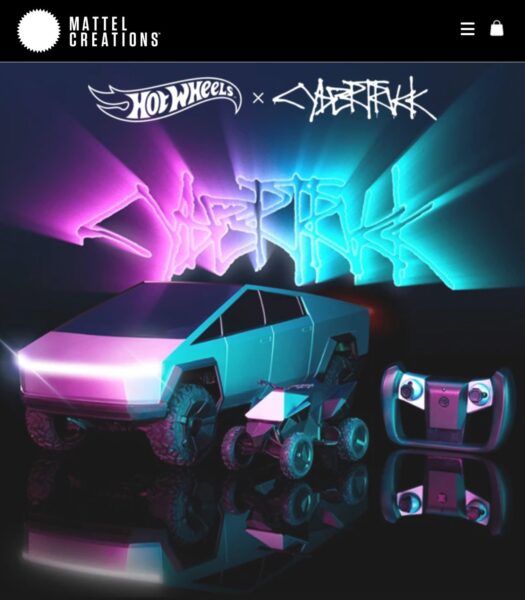 After announcing a Hot Wheels Tesla Cybertruck remote-controlled (RC) car last February, Mattel is swinging for the fences once more with an updated teaser page on the Mattel Creations website.

The 1:10-scaled RC Cybertruck, which had reportedly been delayed until May 1, 2021, after being expected to ship in December 2020, was previously on backorder because of the popularity, but the new announcement from Mattel allows new customers to sign up to be notified when the toys become available.

In addition to the RC Cybertruck itself, the $100 purchase includes a realistic, Model S/X yoke-style steering wheel remote, as well as an awesome, free-rolling miniature Tesla Cyberquad. 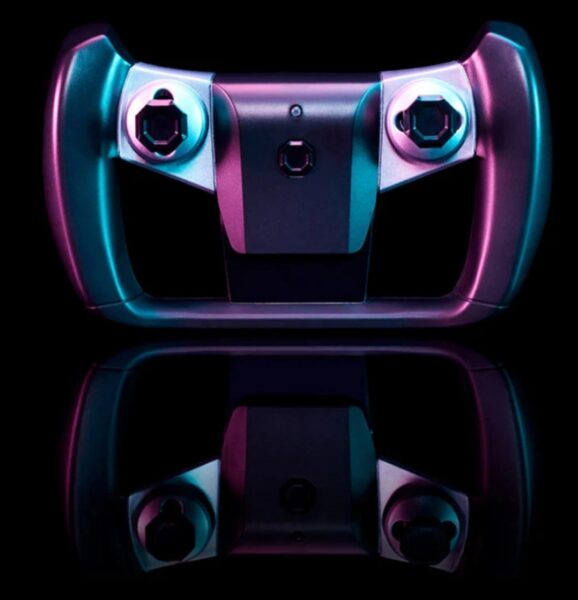 The site says that the RC car version of the long-anticipated Tesla Cybertruck can top 12 mph, which is allegedly very fast for the RC car market, according to Mattel.

And if the thing itself wasn’t already enough, the Hot Wheels Cyberquad fits into the RC Cybertruck, making it simply the cutest replica ever, despite being the first of its kind for the previously-alluded-to electric ATV. 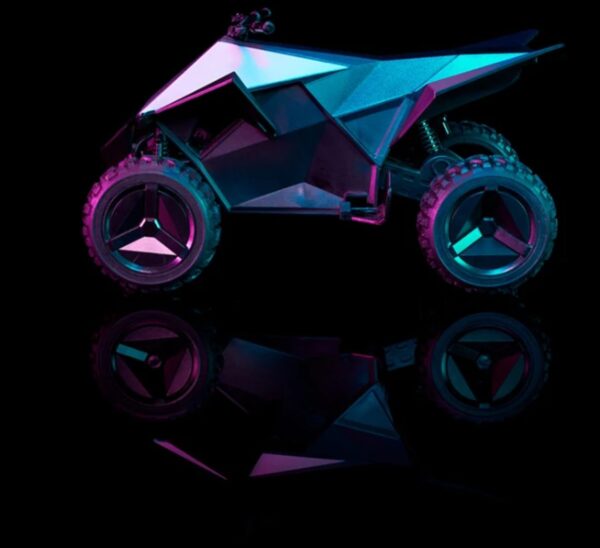 While the website doesn’t specifically mention when the RC Cybertruck will be delivered, even that fact is pretty true-to-form.

Still, we’ve noticed some exciting updates on the real Tesla Cybertruck in recent weeks, (including a Diecast model that’s in the works) so the news is timely as the electric pickup truck gets closer to delivering to preorder customers.