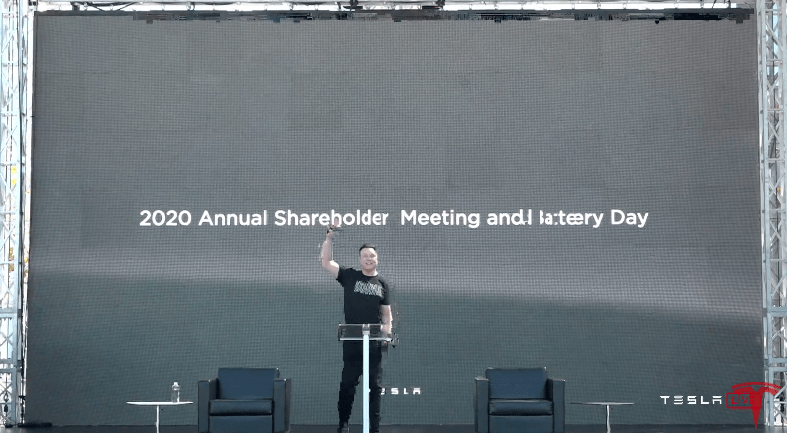 Tesla’s 2020 shareholders meeting is well underway and the company has parked its new Cybertruck, Cyberquad, Roadster and Semi on display, at its factory in Fremont, California.

Tesla showed off its Cybertruck, Cyberquad, Roadster and Semi at its Fremont factory parking lot, as seen below (image via @FutureJurvetson) 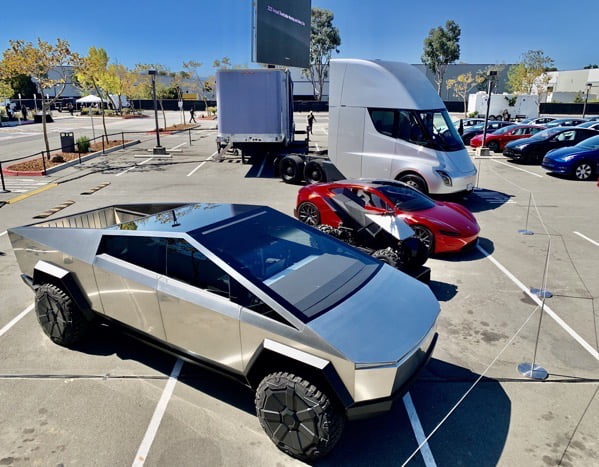 It’s a surreal sight from the stage — a sea of Teslas, the EV Future.

Each vehicle has a custom program to display the show on their central screens. Livestream starts at 1:30pm PST: https://t.co/tg5KMdM2jk pic.twitter.com/nXkEBjiUmV

All shareholders attending the event were given a seat inside a new Model 3 to watch the presentation and to allow for social distancing.

We can all hear you @elonmusk 😆 pic.twitter.com/2i3no7dFKM