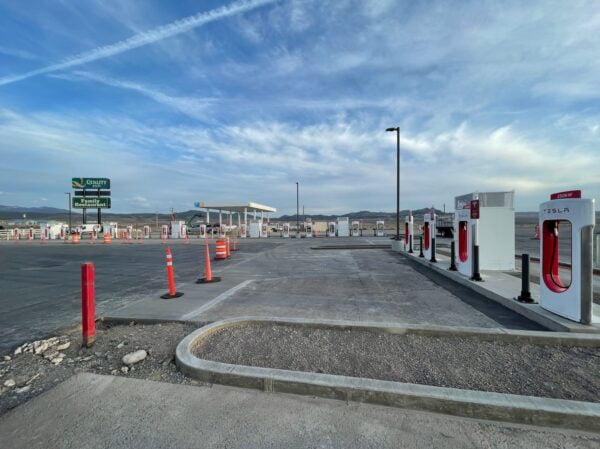 New Tesla Superchargers are arriving every week, and one of the latest in Utah has become the state’s largest Supercharger station.

On Wednesday, Calvin Gaisford shared photos of a new Tesla Supercharger station in Beaver, Utah which is set to feature 24 new 250kW charging stations. While the first 8 were installed upon Gaisford’s arrival heading south, the rest were closed on his return to install the remaining stalls.

Beaver Utah just received the largest #Tesla #Supercharger install in the state. 24 new 250kW stations. The first 8 were installed and running on my way going south and I was getting 1017 mi/hr charging! On the way back north they were closed to install the remaining chargers. pic.twitter.com/OMQUheFEGb

Gaisford also reported impressive charging speeds of up to 1,017 miles per hour charging at the new Supercharger station, including a photo to document the feat. 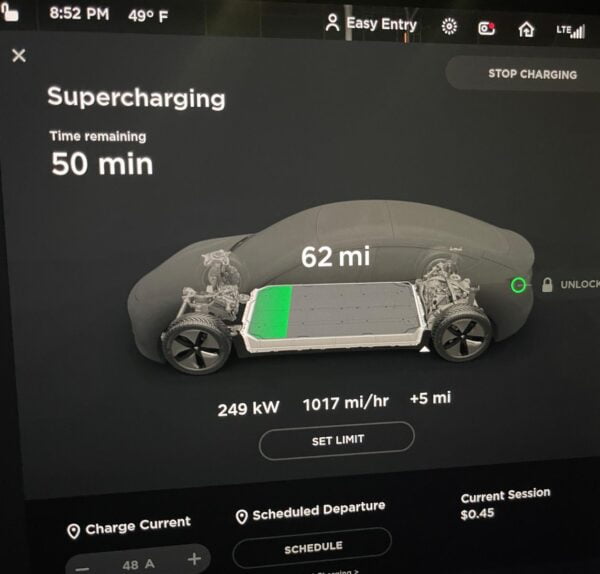 Before the installation, the Beaver Supercharger site had only six stalls, according to one user on Twitter.

While the charging infrastructure remains one of the largest barriers to mainstream electric vehicle adoption, Tesla has been putting in serious work rolling its Superchargers out across the world.

With new plans to build the world’s largest Supercharger station in Fresno County, California, among a number of other stations, and the new use of pre-fabricated Superchargers to speed up the process, the coming years are likely to see more EV adoption than ever before.

Tesla has launched a sunshade for the Model S refresh (2021+) in its online shop, priced at $120 USD. “Constructed from lightweight mesh fabric with a collapsible rigid frame, the Model S Glass Roof Sunshade blocks 66 percent of luminous transmittance. Easily removable, the sunshade is installed onto the interior of the glass roof with […]
Sarah Lee-Jones
7 hours ago

Tesla continues to leverage its in-car notification system to alert owners to charge their vehicles, when there’s a chance electrical grids may be impacted by weather conditions. Full Self-Driving (FDS) beta tester, Chuck Cook, shared a message he received in his Tesla on Tuesday. “In the next 48 hours, a storm is forecast to make […]
Sarah Lee-Jones
10 hours ago