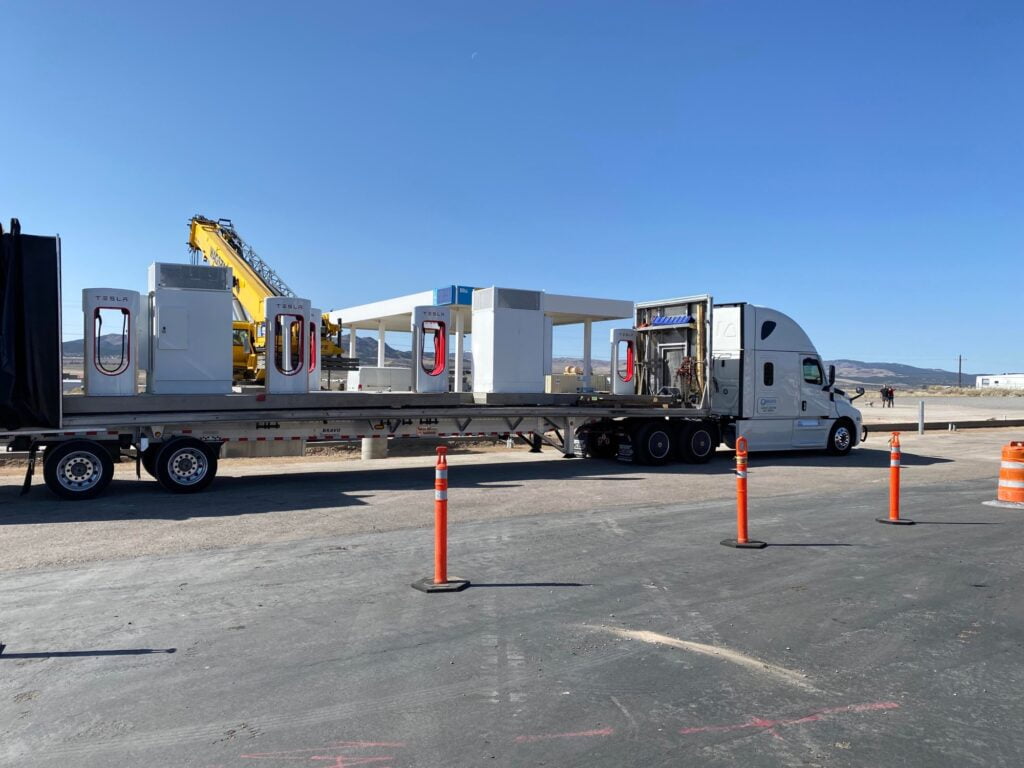 According to a recent thread from Reddit user citing a conversation they had with a Tesla employee working on a new Supercharger location in Beaver, Utah, Tesla has started using ‘prefabricated’ setups to speed up Supercharger construction.

A prefabricated Supercharger slab consists of Tesla Supercharger stalls already set up on concrete slabs, ready to start catering to Tesla vehicles as soon as they are connected to power.

Construction on the new Supercharger in Beaver started almost three weeks ago. After the prefabricated stalls arrived, it took less than two days to wire them up and get them operational.

The location will also have Tesla Megapacks on-site, and a total of 24 V3 Supercharger stalls. As of now, 8 stalls have already been installed and are up and running, with 16 more to come soon.

The Tesla installer on site said the prefabricated slabs made the installation process much quicker and smoother. An entirely new Supercharger going from construction to operation in less than a month is certainly unprecedented.

Tesla also has over 1,000 live Superchargers in the U.S., with big plans for more. Prefabricated stalls could go a long way in expediting Tesla’s plans of expansion for its Supercharger network.

A 30-foot long, 12,000 lb metal sculpture featuring Elon Musk’s face atop the body of a goat riding a rocket has been spotted on the streets of Austin, Texas (via Fox Business). The statue was commissioned by a group of cryptocurrency enthusiasts who created a project called the “Elon Goat Token.” They wanted the sculpture […]
Nehal Malik
13 hours ago

Tesla CEO Elon Musk said on Saturday that the company has successfully completed its first 500-mile test drive of a Semi truck with a full load. With its haul, Musk noted that the vehicle weighed in at a whopping 81,000 lbs (or 40.5 tons). Tesla team just completed a 500 mile drive with a Tesla […]
Nehal Malik
17 hours ago