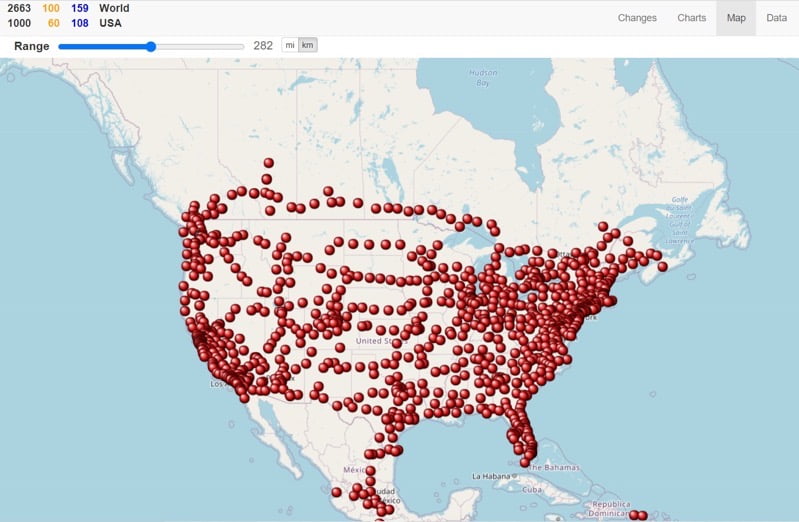 Tesla has hit a milestone as it now has 1,000 operational Superchargers in the United States, according to community-driven information collected by Supercharge.info.

The milestone was shared by Canadian @MontrealTesla, who relentlessly finds and unearths new Tesla Supercharger locations 24/7, along with service and sales centres for the website.

Per Supercharge Info, there are now 1000 operational Superchargers in the USA. pic.twitter.com/6u7SaGCjBZ

As of Tuesday, new Tesla V3 Superchargers opened in Pedricktown – John Fenwick, New Jersey, along with Santa Ysabel, California and also New Milford, Connecticut, adding to the total number of Superchargers in the U.S., which is one of the electric vehicle company’s biggest advantages over competitors.