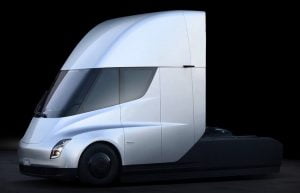 Tesla has confirmed a new order for 10 electric Semis and 2 Megachargers, after receiving almost $2 million in US government support, according to electrek:

Momentum helped MHX create the project and detailed the confirmation in the following:

MHX sought funding from the MSRC’s Zero & Near-Zero-Emission Trucking-to-Warehouse, Distribution, & Intermodal Facilities in Riverside & San Bernardino Counties grant program to support the purchase and deployment of 10 battery-electric Class 8 Tesla Semis as a part of its efforts to electrify its fleet of trucks in the South Coast Air Quality Management District.

Tesla recently shared a video of the Semi driving around its Fremont, California factory track. PepsiCo also recently ordered 15 Tesla Semis, which are expected to deliver by the end of 2021.

Battery cell constraints have been a consistent barrier to Tesla’s vehicle production plans, though it will eventually use its own Lithium Hydroxide Refiner, which it plans to construct at Gigafactory Texas, and which will help accelerate production significantly. Though the plans are already in place, the company likely will not be able to begin using the plant until Q4 2022.

Tesla’s mineral suppliers come from around the world, with recent partnerships announced in Canada and New Caledonia, among other places.

A coming software update has added a useful pop-up feature for Tesla’s Superchargers, showing new details that weren’t previously included. Tesla software update 2022.36 includes a newly designed pop-up map feature for Supercharger locations, as detailed by Not a Tesla App on Monday. The pop-up map includes information such as the number of available charging […]
Peter McGuthrie
12 hours ago