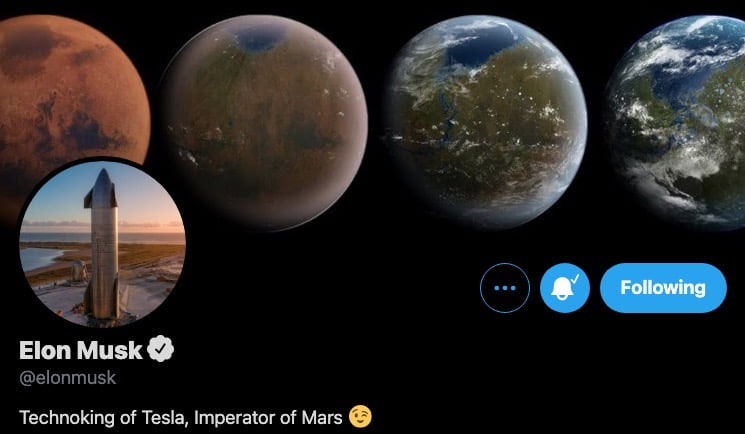 Last month, Tesla filed a form 8-K with the SEC to note Musk was to be known as the new ‘Technoking of Tesla’, while CFO Zach Kirkhorn would be the ‘Master of Coin’.

As for ‘Imperator of Mars’, Musk is referencing himself as the commander of Mars, as the word ‘imperator’ has latin origins, and used to represent a commander-in-chief or emperor during the ancient Roman Empire. Musk and SpaceX plan to reach Mars and populate the planet.

SpaceX has its Starship SN15 prototype ready for more testing and it may soon move to its launch site this week, on Monday or Tuesday.

Check out the latest updates below from NASASpaceflight:

When Musk changes his Twitter bio, things tend to happen. In late January, Musk added “#Bitcoin” to his bio, sending the cryptocurrency surging; eventually, Tesla revealed it had invested $1.5 billion into Bitcoin and the company now accepts it for vehicle payments.

Tesla has announced it will be removing ultrasonic sensors from its vehicles, the next step of its camera-based Tesla Vision Autopilot. “Today, we are taking the next step in Tesla Vision by removing ultrasonic sensors (USS) from Model 3 and Model Y. We will continue this rollout with Model 3 and Model Y, globally, over […]
Sarah Lee-Jones
13 hours ago