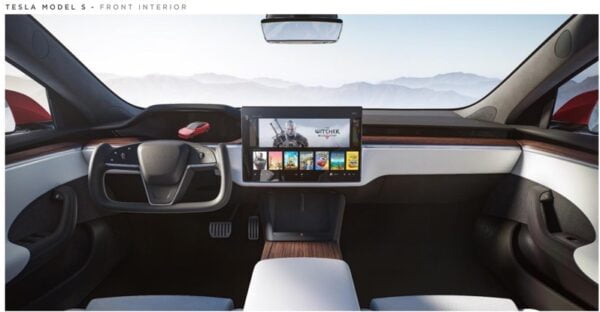 The National Highway Traffic Safety Administration (NHTSA) has been in ongoing talks with Tesla over its new yoke-style steering wheel, but in a recent update, the NHTSA has weighed in on the company’s touch-based shifting controls.

On Thursday, an NHTSA spokesperson told The Verge that the firm has “no known compliance concerns related to the shift control configuration” of Tesla’s removal of the shift stalk and use of touchscreen gear controls.

While the touchscreen selection is simply meant to be a backup to the company’s upcoming sensor-based shift controls, the NHTSA has ruled that the configuration doesn’t violate its standards at the current point in time.

The spokesperson said, “NHTSA is aware of the touch screen shift control Tesla developed for its Model S and other vehicles. A properly configured transmission shift control operated by means of a touch screen interface would not violate federal motor vehicle safety standards.”

They continued, “Also, Tesla has certified compliance with all applicable safety standards. At this time, there are no known compliance concerns related to the shift control configuration.”

While the newly-refreshed Model S and Model X units wielding the updated configuration are just beginning to be delivered, the NHTSA has also said that it is ready to act if the technology begins displaying a pattern of safety concerns.