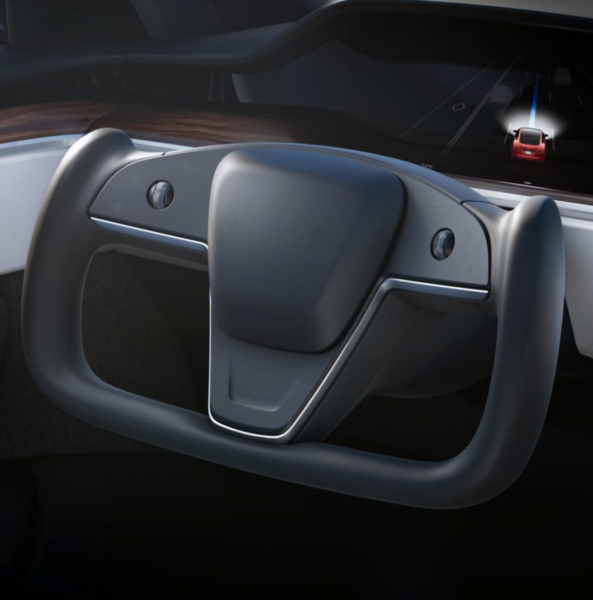 On Wednesday, Electrek reported on some of the new steering wheel’s features, including force touch buttons and sensor-based drive modes, due to the removal of the PRND drive stalk.

Removing the drive stalk is a bold move, to be sure, but with the growing popularity of Autopilot and Full Self-Driving, it wouldn’t be surprising to see the change become standard in the years to come.

Despite the stalkless “steering yoke design,” as the company’s website calls it, the new design also includes force touch buttons where the stalk used to be, for shifting drive modes manually between Park, Reverse, Neutral, and Drive.

According to an internal Tesla document obtained by Electrek, it says “The vehicle uses its Autopilot sensors to intelligently and automatically determine intended drive modes and select them. For example, if the front of Model S/X is facing a garage wall, it will detect this and automatically shift to Reverse once the driver presses the brake pedal. This eliminates one more step for the drivers of the world’s most intelligent production cars.”

Musk himself on Wednesday said, “No more stalks. Car guesses drive direction based on what obstacles it sees, context & nav map. You can override on touchscreen.”

No more stalks. Car guesses drive direction based on what obstacles it sees, context & nav map. You can override on touchscreen.

Tesla Had Early Talks About Licencing Autopilot to Traditional Automakers