On Wednesday, a Reddit user shared photos of the new 2021 Tesla Model S Plaid with the yoke-style steering wheel to the Tesla Motors subreddit.

The series of photos, taken on the road in Charlotte, North Carolina by Reddit user u/branden3112, depicts the red Model S driving down a separated roadway. While it’s tough to make out the yoke steering wheel from most of the pictures, one shot from beside the Model S shows the very top of the unit’s new steering wheel.

Users on the thread confirmed that the vehicle was a Model S Plaid, due to its spoiler and red calipers, which signify Tesla’s performance-level vehicles.

The Model S Plaid was originally shared at Tesla’s Battery Day Event last year, and while the performance model vehicle has already been available to certain race car drivers in the past few years, CEO Elon Musk officially unveiled the model for public consumers at the event in September. Since then, the vehicle has become widely-coveted.

Deliveries of Tesla’s Model S Plaid+, an upgraded model of the car which features a tri-motor all-wheel drive configuration and the company’s fastest speeds, were also pushed back to mid-2022 earlier this month.

Check out a couple more pictures below: 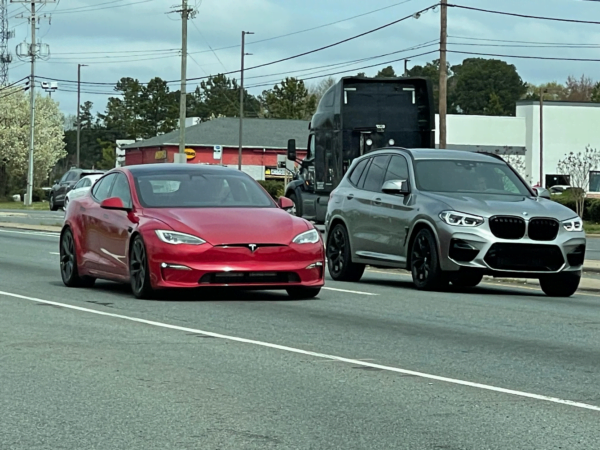 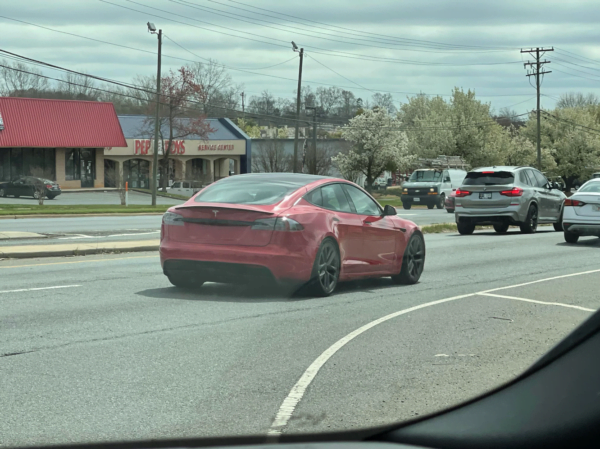 A recent leak showed off Tesla’s apparent version 11 software inside a Model S refresh, which also revealed ‘Smart Shift’, a feature that will shift gears based on Autopilot cameras intelligently. We also saw a video of manual gear shifting using the Model S refresh touchscreen, one of three ways to change gears in the electric sedan.