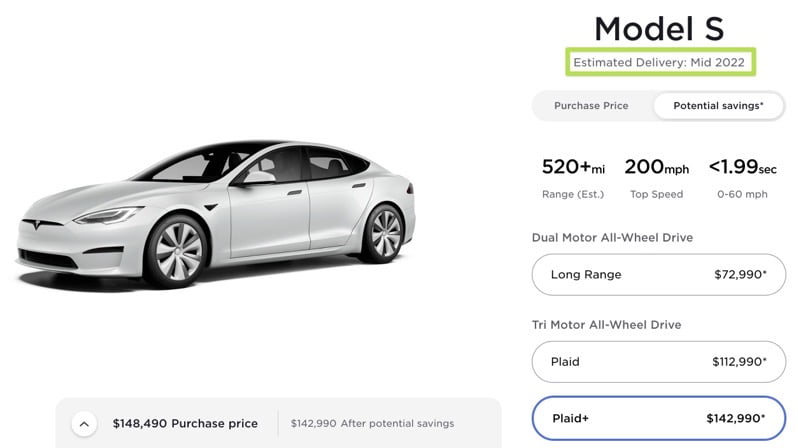 After raising the price of the Tesla Model S Plaid+ by $10,000 USD on Wednesday, Tesla has now also changed its estimated delivery date, now showing a date of “mid 2022”, instead of “late 2021”.

It’s unclear why there’s a delay for the fastest Plaid+, which is has a Tri Motor All-Wheel Drive configuration like the Plaid, but has a faster 0-60 mph time of under 1.99 seconds. It could be demand-related or even due to components such as batteries, but we should find out soon, should CEO Elon Musk chime in on the matter.

Tesla says the Model S Plaid+ will have the quickest acceleration of any production car ever.