Why Tesla Prices are Higher Outside the U.S., Explains Elon Musk 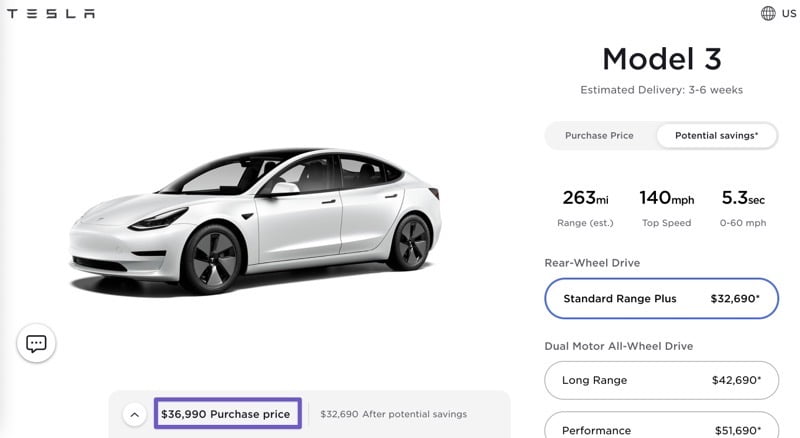 Tesla CEO Elon Musk has recently been questioned on regarding the company’s exchange rates in countries beyond its United States.

In countries such as Australia and Canada, prices of Teslas are more expensive, even after taking exchange rates into consideration.

On Thursday, Musk responded to a comment on Twitter, saying that the high price tag of Tesla’s cars in other countries was due to import duties, transport costs, and value-added tax.

He went on to state that the “intent is that revenue to Tesla is roughly similar in all countries,” and that “taxes, tariffs, & transport make up the difference.”

Prices in the US (of all goods) don’t include VAT, but it’s usually included in other countries.

The intent is that revenue to Tesla is roughly similar in all countries, so taxes, tariffs & transport make up the difference.

The comment was in response to a Twitter user asking specifically about Tesla’s New Zealand pricing, which they described as “crazy overpriced.” Similar comments have been made by residents of Canada, Australia, and a variety of countries in Europe.

The practice of paying more for goods from the U.S. is not new, as companies such as Apple also have higher pricing even after exchange rates, for places like Canada, for example.

What each of these countries shares in common is the lack of a dedicated Tesla production facility, like the one currently being built in Grundheide, Germany, and the recently-completed Gigafactory in Shanghai, China. Beyond these locations, Tesla has to export its electric vehicles (EVs) from the nearest factory, which in New Zealand’s case is the latter in China.

Although the added costs of importing EVs are piling up in places with no Tesla factories, those costs are likely to come down once Tesla completes its European Gigafactory outside of Berlin, since the move will free up Shanghai to focus on nearby demand, rather than also exporting its EVs to Europe.

After Tesla was sued earlier this year by a state agency alleging mass racial bias at the automaker’s Fremont, California plant, the company has recently fought back with a countersuit filed with the courts. Tesla filed a motion to countersue the California Civil Rights Department (CRD) on Thursday after the agency sued the automaker in […]
Peter McGuthrie
1 day ago

Taiwan-based Tesla customers can now appreciate the long-awaited Model Y SUV, as reported on Twitter this week. Tesla opened Model Y reservations in Taiwan on Thursday, as spotted by customer @Michael Hsu. In a post, Hsu noted that the made-in-Germany Model Y units with CCS2 plugs would begin delivering in Q4, also adding that he’ll […]
Peter McGuthrie
1 day ago