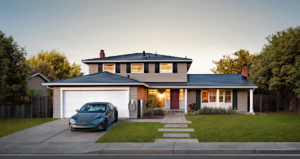 Solar roofing from Tesla is set to expand to Canada later this year confirmed Elon Musk yesterday. But now there’s further expansion of the solar product in the United States.

Tesla is officially installing its solar roof and panels in Atlanta, Georgia, according to a post on Reddit Tuesday. The post, which was shared by Reddit user u/ekobres on the Tesla Motors subreddit, shares a screenshot from a text message which states that Tesla is ready to install the user’s Solar Roof and Powerwall.

The text message said, “Tesla is excited to start installing solar panels, Solar Roof and Powerwall in your area. Please go to your Tesla account and upload the most recent copy of your utility bill in order to start the design process.” 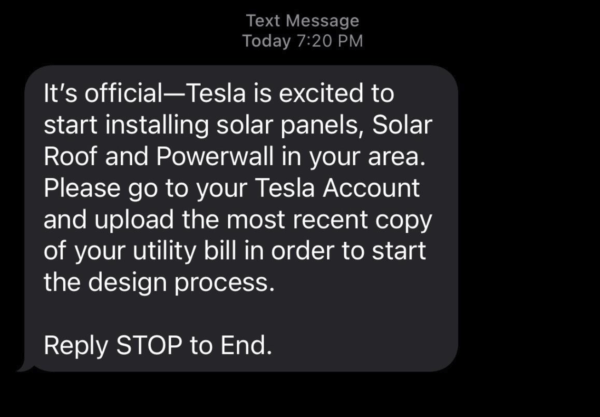 Tesla is set to begin installing its Solar Roof in Atlanta, Georgia. Photo: u/ekobres on Reddit

While the news is certainly exciting for eager Tesla Solar users in Atlanta, the install could still be a ways off. Tesla’s Solar Roof demand is incredibly high, and many contractors have install backlogs dating many months back. In addition, one commenter on the thread who lives in Virgina reportedly received this text back in September, and is still waiting to schedule an install date six months later.

No matter how long it takes, though, the text message is still a major leap forward for Tesla in the Atlanta area, which previously wasn’t installing any Solar, so hopefully those with pre-orders can look forward to new solar panels by 2022.

Tesla recently has touted how snow can just slide off the Solar Roof, due to the latter’s hydrophobic coating, resulting in owners not needing to clear snow off their roofs.

Tesla has changed its estimated delivery times on all models in China, with the order configurator page now saying all Model 3 and Y trims will be delivered in “December 2022” (via @Tslachan). Previously, each trim and model displayed one to five weeks for estimated delivery. The change comes as Tesla seemingly pivots to focus […]
Peter McGuthrie
1 hour ago