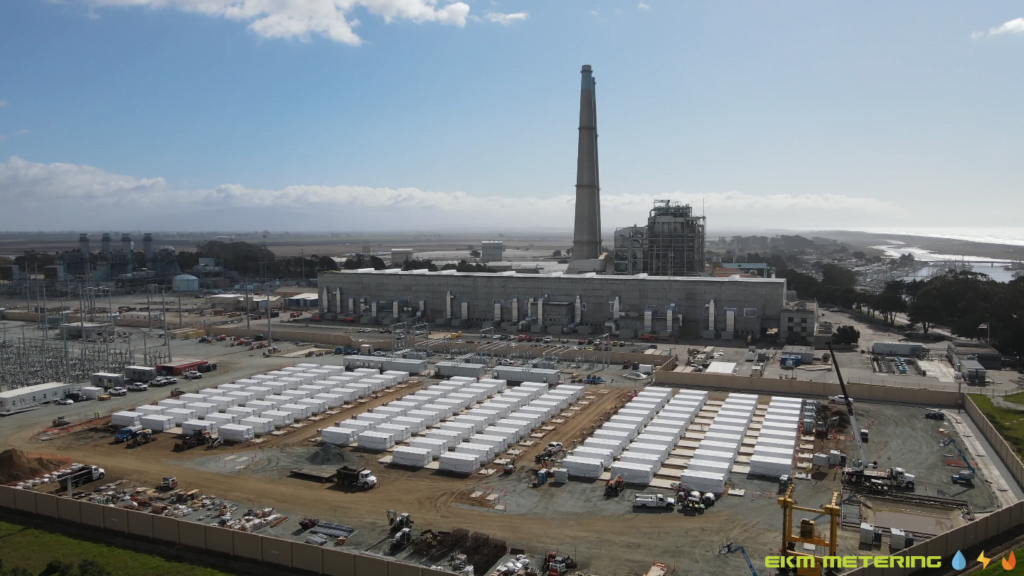 A new YouTube video from EKMMetering showcases drone footage of the progress made on the Tesla Megapack project at the Pacific Gas & Electric (PG&E) substation in Moss Landing, California.

The Moss Landing PG&E site is only one of a number of sites in California that are in the process of getting Tesla Megapacks and Powerpacks for energy storage solutions.

The project aims to install a total of 256 Tesla Megapack units on 33 concrete slabs at the plant. At 182.5 MW and 730 MWh, the installation is going to be one of the largest battery-based energy storage solutions in the world.

As evidenced by the drone footage, the concrete slabs are ready and Megapack deployment seems to be taking place at a decent pace, especially considering the fact that the first Megapacks at the site were installed only four months ago.

The project currently has a projected completion timeline for early 2021, with the goal of achieving full commercial operation sometime in Q2.

The demand for Tesla’s efficient and sustainable energy storage solutions is absolutely incredible — Megapacks are even on their way to supplementing electric and energy projects north of the border.

Long-term vehicle subscription service Autonomy has launched an end-of-year sale that lets users subscribe to a Tesla Model 3 for what it is calling the “lowest price anywhere” for the electric sedan. Customers need to put down a $3,000 deposit and then pay $450 per month for the first 12 months, said Autonomy earlier this […]
Peter McGuthrie
19 hours ago