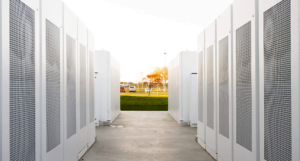 Tesla Megapacks and Powerpacks are starting to pop up around the world, and, as a result, energy storage in these areas will soon be getting a major facelift.

According to Pacific Gas and Electric (PG&E), California’s electricity supplier, the first of many Tesla Megapacks was installed at its Moss Landing Station on Monday.

The Megapack is expected to be fully operational by Q2 2021, and the storage system includes 182.5MW of battery storage. The system will also be one of the biggest lithium-ion battery energy storage systems in the world, according to PG&E.

The first @Tesla Megapacks installed at PG&E’s Moss Landing substation. Once operational (targeting 2Q 2021) this 182.5MW battery #energystorage system will be one of the largest utility-owned, lithium-ion battery energy storage systems in the world. 🔋 pic.twitter.com/EW2MEm5Iz8

With California’s recent ban on the sale of new gas cars by 2035, some experts predict the state will need to drastically overhaul its power grid to accommodate the high volume of new electric vehicles (EVs) to come.

In spite of demand for the Tesla energy storage solution, supply has had a tough time keeping up. New consumers are hoping to install Megapacks and Powerpacks throughout the US, Canada, and the UK, and demand is still growing yet.

Despite the barriers to supplying Megapacks and Powerpacks around the world, Tesla’s recent announcements at Battery Day likely mean that the cost and supply of producing these energy banks will come down significantly. And, whether they do or not, customers will likely continue ordering the Tesla hardware, given the impending move to EVs and more sustainable energy practices in general.

The U.S. Securities and Exchange Commission (SEC) has launched a probe into Elon Musk for his role in directing the branding around Tesla’s self-driving car ambitions — reports Bloomberg. According to the publication, the efforts are part of the regulator’s ongoing investigation into Tesla’s claims surrounding its Autopilot and Full Self-Driving (FSD) features. SEC officials […]
Nehal Malik
35 mins ago

Tesla’s all-electric Model Y crossover ranked fourth in global car sales for 2022 by volume, according to a report from Focus2Move (via @1stPrincipleInv). The Model Y electric vehicle (EV) sold 759,000 units across the globe in 2022, up a whopping 88% year-over-year. By revenue, though, the Model Y topped global car sales to become 2022’s […]
Nehal Malik
2 hours ago

Tesla’s first software update of this year, 2023.2.0.5, recently started rolling out, bringing new features to the heated steering wheel and Sentry Mode, plus more But there are also some undocumented changes as with most software updates, according to tips sent to Not A Tesla App. One of them was the new ability to view […]
Peter McGuthrie
23 hours ago