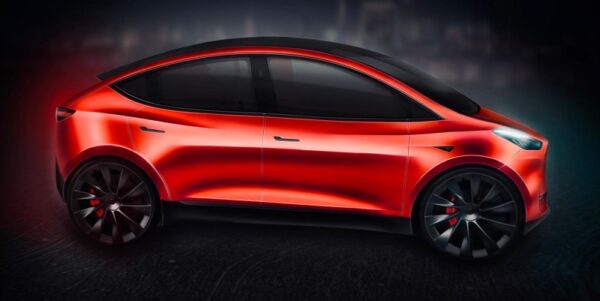 Gigafactory Shanghai is Tesla’s most recently completed Gigafactory, and a new update confirms that the site is already looking to launch a new model.

Tesla China received approval on January 29, 2020 for an environmental impact report from Lingang’s Area Development and Construction Management Committee, which included approval for a “new model early launch project,” as reported by Tesmanian.

As a result, the company will now be able to start building a Phase 2 factory, where it will eventually launch production of the new model, according to the report.

The report states that, upon completion, the project will include manufacturing facilities for the Model 3, Model Y, and “related derived models.” While the new project won’t need to break new land, it will be the first model to be produced beyond Tesla’s California factory.

Coupled with recent reports of a $25,000 (USD) Tesla with the potential to begin production as early as 2022, the idea of a new model from Tesla is definitely starting to take shape.

In its 2020 Q4 earnings report, Tesla also mentioned a “future product,” which it had reportedly already been working on, based on the Model 3 chassis.

In any case, a new Tesla design from Gigafactory Shanghai is not only welcomed by the world, but needed. Whether or not this compact car turns out to be the $25,000 originally alluded to at Battery Day is yet to be determined, but one thing is for sure: Tesla’s getting ready to produce a brand new model.

More electric vehicles (EVs) are set to be sold in China this year than throughout the rest of the world combined, according to an exposé from The New York Times on Monday. As many countries struggle to incentivize EV sales using tax credits and subsidies, China’s customer base has already begun to pivot toward the […]
Peter McGuthrie
6 hours ago

A coming software update has added a useful pop-up feature for Tesla’s Superchargers, showing new details that weren’t previously included. Tesla software update 2022.36 includes a newly designed pop-up map feature for Supercharger locations, as detailed by Not a Tesla App on Monday. The pop-up map includes information such as the number of available charging […]
Peter McGuthrie
7 hours ago

Tesla’s official CCS Combo 1 adapters have begun delivering to customers, as noted on Monday by a Model 3 owner (via Reddit). The CCS adapter costs $250 in the U.S. and $325 in Canada, offering up to 250 kW at third-party charging stations where Tesla’s proprietary Supercharger connections aren’t available. Tesla launched official sales of […]
Peter McGuthrie
7 hours ago