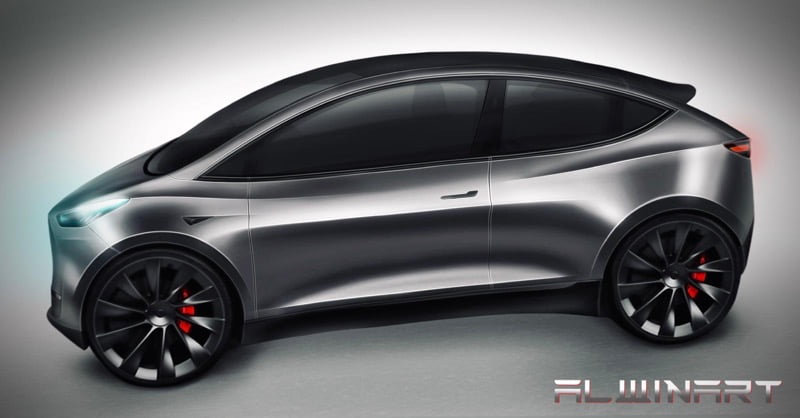 While the design looked cramped for a five-door compact, Alwin has come back today by releasing another concept of a ‘Model 2’, but as a three-door (2 doors, 1 hatch) coupe instead. 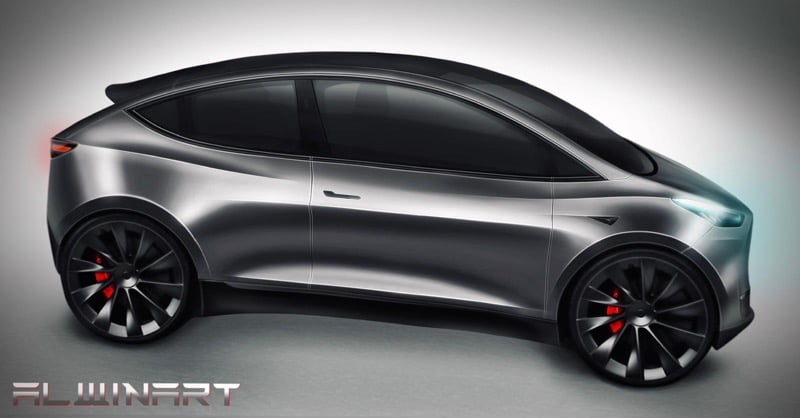 “Thank you everyone for all the feedback on my last design,” said Alwin. “You guys convinced me that it should be a 3 door design. Looks so much better, cheaper to produce and the majority of Robotaxi commutes will probably be with 1-2 persons. Maybe it could come in both versions,” he added.

“Elon has been the most inspirational person to me. It has become more and more clear to me the last years that Tesla is my dream workplace. I just absolutely love the company and what it makes,” Alwin told Tesla North on Tuesday.

Tesla CEO Elon Musk previously said a smaller Tesla would be designed at Giga Berlin; the company announced at Battery Day last year it would debut a $25,000 USD Tesla in three years.

Recently, a Tesla job listing in China was published seeking a design director for the country, suggesting a smaller compact could also be made at Giga Shanghai.

Many on Twitter encouraged Alwin to release a ‘Model 2’ concept based on Cybertruck, which may be coming soon.